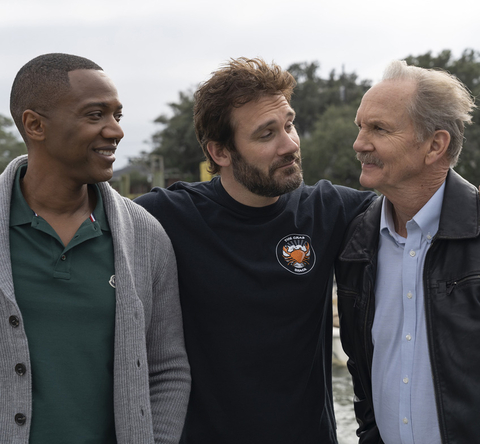 NBC has been trying to replicate "This is Us" for a couple of seasons, and has found bottling that formula difficult to master. It comes a little closer than most with "Council of Dads," an emotional concept that exhausts so much ground in the premiere it's difficult to foresee where it goes thereafter.

Using the "This is Us" season finale to introduce the show (which will return regularly in April), NBC is again banking on a lost parent as the centerpiece of this series. Only here, the father (Tom Everett Scott) comes face to face with mortality via his diagnosis with an aggressive form of cancer, not a fire, which prompts him to begin contemplating how to fill the void he'll leave for his kids.

Loosely based on Bruce Feiler's 2010 book, the show boasts a strong cast, beginning with Sarah Wayne Callies ("The Walking Dead") as Robin, Scott's near-perfect wife, who has to be sold on this whole back-up dads concept.

"It will ease my mind knowing that there's a plan in place," Scott explains.

The trio figure to have their work cut out for them, inasmuch as Scott has five kids, including a grown daughter (Michele Weaver) from a previous marriage, and four with Robin, among them a baby conceived after he got ill.

The concept is pretty astutely designed to tug at the heartstrings, even if it does so in a brazenly manipulative way. It helps initially that there are so many moving parts, but also offers a hazy blueprint as to whether "Council of Dads" can sustain interest after chewing through so much story so quickly.

Produced by "Grey's Anatomy" veterans Tony Phelan and Joan Rater through Jerry Bruckheimer's company, the series features various modern flourishes, including a diverse cast and addressing LGBTQ issues. In many ways, though, it feels like a throwback -- built around the notion that a broadcast network can use an established drama to launch a similarly themed one, without having to put "Chicago" in the title.

In some respects, the timing for this show -- one that unabashedly celebrates family, mixed with hardship and grief -- seems to come at an opportune time.

On those terms, "Council of Dads" feels like a drama with a fair amount of potential. What it doesn't feel like, however much NBC would like it to be, is another "This is Us."

A&E
Council of Dads
This Is Us
LGBTQ issues