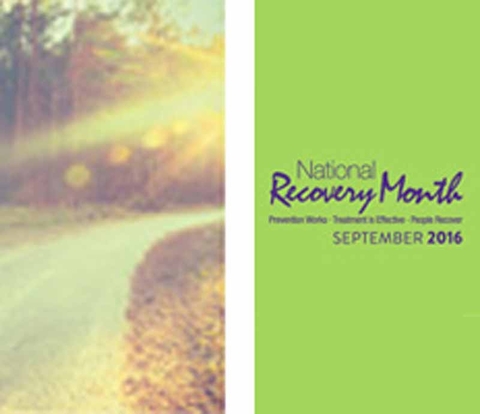 Eventually, alcohol and drugs took everything from my life.

I’m told that September is Recovery Awareness Month, but for me every month is recovery awareness. I’m five years sober, I’m gay and have I got a story to tell.

In the beginning of my alcohol and drug use, those chemicals did for me what I could not do for myself. I had no self-esteem, no courage and I didn’t like myself. I thought the whole world was against me. When I used or drank, I felt better about myself, I could talk to people and I had a euphoric feeling about who I was.

Of course, I rarely told people about the sick hangovers, the blackouts, the fights I’d have with my family, friends and anyone I would be in a relationship with for more than a couple of dates; a month or more is all they could stand of me.

I would always eventually get out of control with alcohol or drugs.

When I was 19, I attended treatment, but still I couldn’t see there was a problem. I was so cocky and thought I was “ten feet tall and bullet proof.” I never thought I was wrong, and I argued with everyone. I was attending college, but getting high or drunk was a priority, and my GPA suffered.

I graduated, but it was hard to find a job in my field. I refused to believe it was because, not only were the chemicals taking their toll on my body, they had also taken quite a toll on my mind. I just simply refused to admit it.

Relationships and opportunities passed me by, but I continued on with the chemicals.

Eventually, alcohol and drugs took everything from my life. My happiness, my family and the few friends I ended up having. It ruined every relationship I had. And, I could be in a room full of people and still feel alone, scared and hopeless.

At 27, I was back in a long-term treatment center and something finally clicked. Maybe it was the fact that I had gotten a DUI, nearly killed a family of four and myself and was court ordered to this treatment, counseling and long-term follow-up.

I thought my life was over. But it was a new beginning.

I was in that treatment center for 90 days. I had to get a job 30 days in just to pay for the treatment, but that was the way it was designed. I thought, “that’s not fair.” Of course, maybe that family I almost killed didn’t think that was fair either. Maybe the taxpayers who had to pay for the bridge I took out when I hit the family (in a blackout, I might add) didn’t think it was fair.

I never cared about anybody but myself. The damage I left behind was of little consequence, because all that mattered to me was that I came out on top.

That was before. Now I am more aware of all these things and I’m glad to report that in the past five years and three months that I have been sober, I have not taken out any bridges, I haven’t been in a single car accident, I’ve repaired most all of my family relationships and been in some good relationships with some nice guys.

Recovery has given me the power of choice.

I’ve also had the same job for four years. Maybe the boss doesn’t do everything to “my satisfaction,” but it’s a good company, and I’m willing to see that I’m not always right.

I have tried to make amends and apologize to the family I hurt. They have not yet been willing to talk to me, and that is just something I have to accept.

I continue to live life on life’s terms. There are ups and downs, but today it’s so much better than it was just over five years ago.

I wouldn’t trade a single bad day today with one of my best days back then!