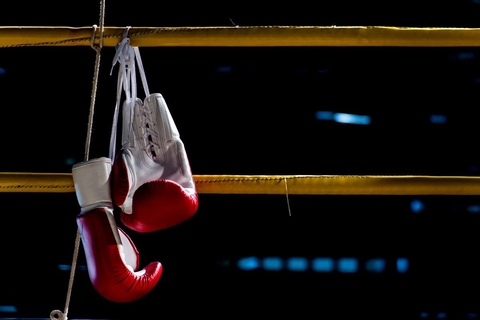 LITTLE ROCK, Ark. — The Arkansas Athletic Commission will test fighters for communicable diseases after learning a boxer with the virus that causes AIDS fought in the state last month.

Television station KATV reports the tests will begin before a Dec. 16 bout at Fort Smith. At a Tuesday meeting, the panel said there wasn't enough time to set rules before a Saturday mixed martial arts fight in Batesville.

The Association of Boxing Commissions and Combat Sports said Arkansas is the last state to impose mandatory testing. Director Mike Mazulli said the group had warned Arkansas that a boxer in last month's bout had been suspended in Florida because of his HIV status. Arkansas officials said the unidentified boxer provided a clean medical record, but the panel discovered later it had been falsified.

"We're looking at pursuing this matter with the appropriate authorities that could look into such matters as falsification of public documents," Arkansas commission attorney Reginald Rogers said.

Under new rules, fighters would be tested for three types of hepatitis along with HIV, the virus that causes AIDS.

Commissioner Daniel Dring said the panel would attempt to determine how many people may have been exposed to the fighter.

"We've never had this issue," Dring said. "It's horrible that it happened, that somebody intentionally falsified records."