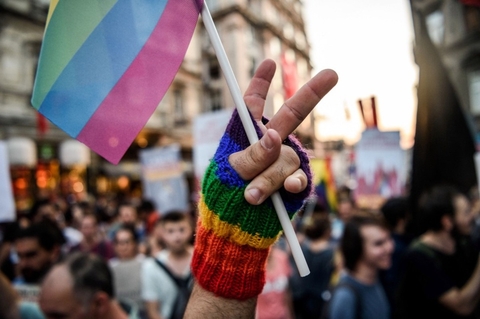 LOS ANGELES – A Centers for Disease Control and Prevention (CDC) official disclosed that it will roll back support for the collection of data on the health and well-being of LGBT people through the Behavior Risk Factor Surveillance System (BRFSS).

“The BRFSS is one of the few federally-supported data collection activities that makes the needs of LGBT people known to governmental agencies responsible for the safety, health, and welfare of the public,” said Kerith J. Conron, the research director at the Williams Institute at UCLA School of Law.  “By removing LGBT measures from the BRFSS, the federal government is shirking its responsibility to LGBT Americans.”

Today, at the conference of the American Association for Public Opinion Research in Denver, Colo., a CDC official disclosed that the BRFSS module on sexual orientation and gender identity that the CDC provides to states will no longer be included among BRFSS optional modules starting in 2019.  The sexual orientation and gender identity module has been an optional module since 2014 and has been used by over 30 states and territories.

According to the CDC, “[The BRFSS] is the nation’s premier system of health-related telephone surveys that collect state data about U.S. residents regarding their health-related risk behaviors, chronic health conditions, and use of preventive services.” The BRFSS is a federal-state partnership and it “collects data in all 50 states as well as the District of Columbia and three U.S. territories. BRFSS completes more than 400,000 adult interviews each year, making it the largest continuously conducted health survey system in the world.”

“The CDC’s announcement appears to be part of an alarming trend within the federal government aimed at limiting our knowledge about LGBT people, despite the fact that these data are vital to policy making and designing evidence-based interventions to improve health and well-being,” said Adam P. Romero, the Williams Institute’s Director of Federal Policy.

“Importantly, the BRFSS provided the first representative snapshot of transgender adult health and socioeconomic status. These data showed us that transgender people are indeed at higher risk of poverty — confirming what smaller studies conducted in HIV epicenters had observed,” said Conron.

Among other important studies, the BRFSS served as the basis for Williams Institute estimates on the number of youth and adults in the U.S. who identify as transgender.