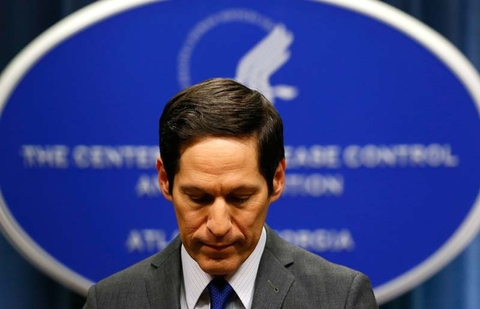 Dr. Thomas Frieden, the former director of the Centers for Disease Control and Prevention, was arrested Friday and charged with forcible touching, according to the New York Police Department.

A law enforcement official told CNN that authorities filed three charges against Frieden stemming from an alleged incident in his home in Brooklyn Heights in October.

Frieden, 57, who left the CDC in January 2017, is expected to appear in front of a judge in Brooklyn Criminal Court to face one count of forcible touching, one count of sex abuse in the third degree and one count of harassment in the second degree, the law enforcement official said.

The Brooklyn District Attorney's Office interviewed the alleged victim and found her to be credible, the law enforcement official said.

A spokeswoman for Frieden told CNN, "This allegation does not reflect Dr. Frieden's public or private behavior or his values over a lifetime of service to improve health around the world."

Frieden was appointed by President Barack Obama as the head of the CDC in 2009, known for coming in and implementing sweeping changes at one of the world's premier health agencies with an annual budget of $10 billion.

He came in at a time of the 2009 H1N1 pandemic and would see the agency through the Ebola crisis in 2014. He had previously served as the New York City health commissioner, known for banning smoking in restaurants and public places and tackling trans fats in the city's restaurants.

When Obama tapped Frieden for the CDC, the president praised him as "an expert in preparedness and response to health emergencies" who as the New York City health commissioner had been "at the forefront of the fight against heart disease, cancer and obesity, infectious diseases such such as tuberculosis and AIDS, and in the establishment of electronic health records."

Frieden resigned from the agency on the day President Donald Trump was sworn into office.

After his stint at the CDC, Frieden became the president and CEO of Resolve to Save Lives, a $225 million initiative aimed to save "millions of lives from cardiovascular disease and make the world safer from epidemics," according to its website.

Jose Castro, president and CEO of Vital Strategies, the parent nonprofit of Resolve to Save Lives, said he was informed in April by Frieden "that a non-work-related friend of his and his family of more than 30 years accused him of inappropriate physical contact."

"I have known and worked closely with Dr. Frieden for nearly 30 years and have seen first-hand that he has the highest ethical standards both personally and professionally," Castro said. "In all of my experiences with him, there have never been any concerns or reports of inappropriate conduct.

"Vital Strategies is committed to a workplace that is free of sexual harassment. As such, even though she is not an employee, earlier this month we conducted a thorough investigation by an external expert, which included an in-depth interview with every staff member on the Resolve to Save Lives team to determine whether there are any concerns about inappropriate behavior. This assessment determined there have been no incidents of workplace harassment.

"Vital Strategies greatly values the work Dr. Frieden does to advance public health and he has my full confidence."