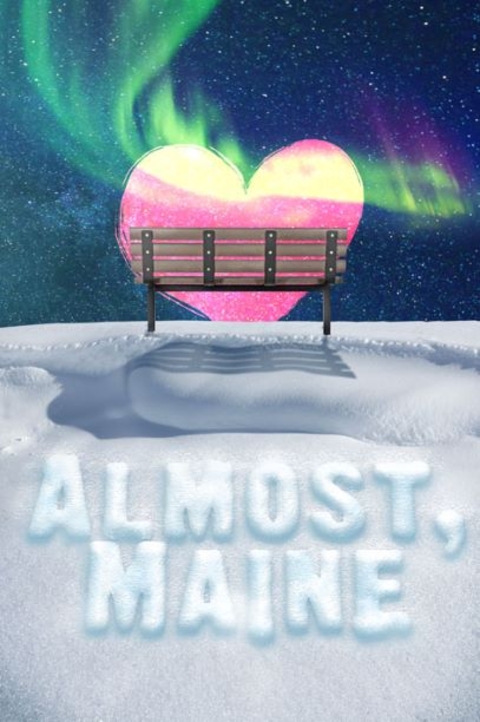 The Pollard Theatre Company continues its 2018 – 2019 Season bringing one of the recent years most celebrated romantic stage comedies, John Cariani’s Almost, Maine to the stage for the most romantic time of year.

Director Matthew Alvin Brown brings this self-described “play for romantics” to life at the Pollard Theatre when it runs February 15 through March 2 in historic downtown Guthrie.

The residents of the remote, mythical town of Almost, Maine (described as being so far north it's almost in Canada) are falling in and out of love in unexpected, unusual, and often hilarious ways. As the northern lights hover magically overhead, knees are getting bruised, and hearts are getting broken. But the bruises heal, and hearts mend -- almost -- in this delightful romantic comedy featuring four actors in 19 roles.

Almost, Maine is the brainchild of actor and playwright, John Cariani and was developed at the Cape Cod Theater Project in 2002. The show received its world premiere at Portland Stage Company, where it broke box office records and garnered critical acclaim.

Almost, Maine opened Off-Broadway in the winter of 2005/2006 and has subsequently been produced by nearly 4,000 theater companies in the United States, and by nearly a hundred companies internationally, making it one of the most frequently produced plays of the past decade.

The Pollard Theatre Company has enlisted the talents of actor/director Matthew Alvin Brown to bring this quirky, off-beat romantic comedy to life. Audiences will recognize him for his roles in Hedwig and the Angry Inch, Company, American Idiot, and In the Heights. Brown was considered by Pollard Artistic Director W. Jerome Stevenson to be the perfect choice to bring Almost, Maine to life for Pollard audiences.

“I loved the way it blended real character with its specific style of ‘romantic magic,’ and I immediately reached out to Matthew to direct,” explained Stevenson. “The play is at once lyrical and whimsical; poignant and playful. It comes right to the edge of too sweet but when it reaches that threshold, it turns and endears itself to me all over again.”

Almost, Maine will run February 15 through March 2 at the Pollard Theatre. Tickets are $25 with discounts available for seniors, military, teachers, students, and groups.