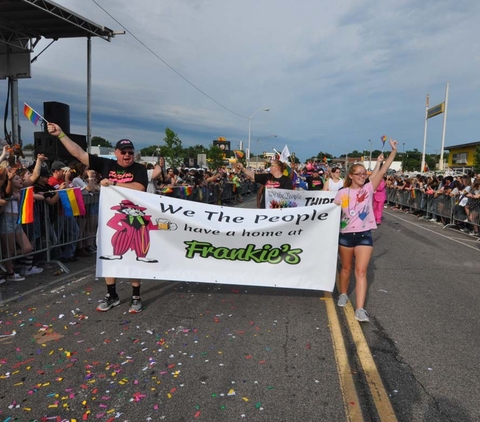 Scenes from 2018 Pride in OKC. Photo by Robin Dorner.

39th St. District, the presenters of the 2019 LGBTQ+ Pride festivities in Oklahoma City, are excited to announce the annual Pride Parade will be held on Saturday afternoon, June 22, to kick off an all day festival in the district.

In previous years, the parade has been on Sunday evening, serving as the final event of the weekend. This year, the parade will kick off the celebration at noon and continue into Saturday night with live music, drag performances and more.

“We hope with this new format, people from out of town can participate in the parade and festival and still be able to make it to work on Monday.” said Lauren Zuniga, Director of 39th St. District.

2019 marks the 50th anniversary of the Stonewall Uprising and is expected to be the most globally attended Pride in history. To commemorate the anniversary, the theme chosen for Pride on 39th will be “Legends & Rebels.”

39th St. District, the historic gay entertainment district, has been home to the parade for the last 31 years but this year marks the first year the district will be presenting the event. 39th St. District is part of the city’s Commercial District Revitalization Program and is expected to get a new streetscape in 2020.

“This feels like the right time to try something new, 39th is going through a revitalization phase and Pride is too,” Zuniga said, “We are working with other districts, organizations and officials to make Pride a city-wide event with plenty of things going on throughout Pride week.” Pride Week will be June 17-23.