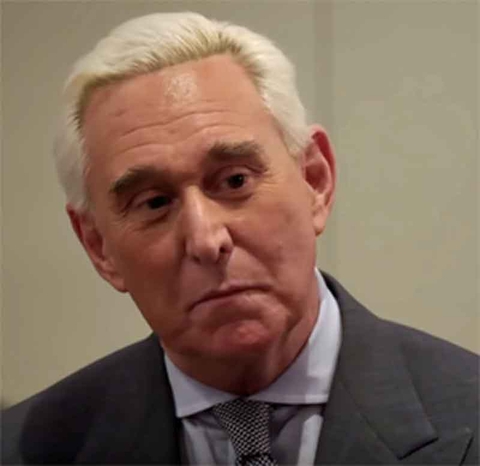 It’s not news that President Donald Trump is aggressively critical, always on the attack and never, ever, apologizes for anything. Add in his continuous campaign of hate, which didn’t just start with his 2015 campaign announcement when he called Mexicans drug dealers, criminals, rapists and invaders.

We all got a dose of Trump’s vile approach to politics with his outrageous birther campaign against President Barack Obama.

But how did Trump get this way? He managed to pick up advisors along the way who strengthened his negative, anti-social and anti-democratic behavior through the years.

However, Trump’s brand of whisperer does not teach people to “behave” like the famous “Dog Whisperer,” Cesar Milan. Through the years, from his earliest arrival on the scene as an NYC real estate developer, Trump’s advisors (whisperers) have steered him through the ins and outs of politics.

Roy Cohn rose to prominence as the chief counsel for right-wing red baiter and LGBTQ+ hater Senator Joseph McCarthy. Cohn’s aggression as a prosecutor drove McCarthy’s campaign in the US Senate during the Red Scare days of the early 1950. Cohn and McCarthy’s behavior were so outrageous that McCarthy was ultimately condemned by the Senate in 1954 for “conduct unbecoming of a senator.”

You would think that Cohn would have gone down along with McCarthy, since his behavior was as offensive as the senator’s.

But that’s not the way things happen. Roy Cohn went on to be a powerful lawyer in New York City. That’s how Donald Trump met him. Trump and his father were charged with discriminating against black people seeking apartments in the Trumps’ developments. Trump retained Cohn to fight the federal case, ultimately counter-suing and then settling the case without acknowledging guilt.

From then on, Cohn was a Trump confidant. Cohn once said that Trump called him 15 to 20 times a day. Given Cohn’s notorious reputation, it’s not hard to see how Trump picked up many of his traits.

It was Cohn who introduced Roger Stone to Trump. Stone had been a Republican activist since the days of President Richard Nixon. He had worked his way up through conservative circles, already gaining some notoriety as one of Nixon’s “dirty tricksters.” He prides himself in alterations of facts.

At the time he met Cohn, he was running Ronald Reagan’s presidential campaign in New York, New Jersey and Connecticut. Stone needed some help, and Cohn hooked him up with Donald Trump.

So started Trump’s 40-year association with Roger Stone. One of the attributes of Stone is that he considers moral considerations as a weakness in people. He first urged Trump to run for president in 1987 and finally succeeded in 2015.

Stone has spent decades sometimes just behind the scenes of Republican politics and sometimes right out in front. He has a list of his own rules that include: “It’s better to be infamous than never to be famous at all.” “Attack, attack, attack. Never defend.” “Hate is a stronger motivator than love.” And “Nothing is on the level.”

Those of us who watch political news know that Roger Stone is in deep legal trouble today, indicted by the Mueller investigation. He is alleged to have been a conduit between Trump’s campaign and the Russians via WikiLeaks.

Along the way, Trump also became entangled with Paul Manafort, who became his campaign chairman, apparently at the urging of Stone, who had been in partnership with Manafort in a lobbying firm that specialized in representing murderous dictators.

Trump also connected with Michael Cohen, who became his personal lawyer and reputedly his “fixer” for well over a decade. Cohen has a long history of threats to people who have upset Trump.

Trump continues to surround himself with vile operatives like Cohn and Stone, Manafort and Cohen, so the behavior we see daily should be no surprise. It wouldn’t surprise me if Trump, like Stone, sees moral considerations as a weakness.

If you would like to see more vile detail of Roger Stone’s behavior, watch Netflix’ Get Me Roger Stone.

The Gayly editorial staff does not necessarily share the views of this columnist.