If more people in sports came out, "it would be easier for others" 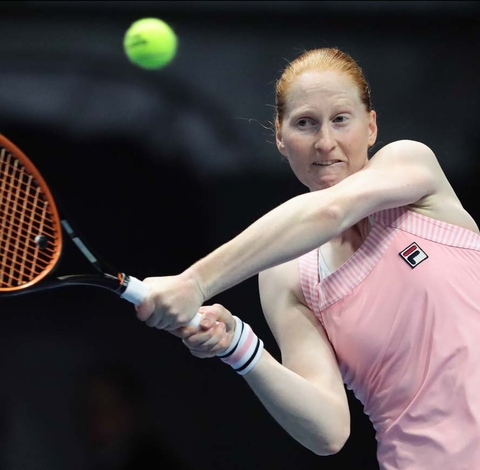 Tennis player Alison Van Uytvanck will be one of the first to admit that coming out isn't easy, but she says that if more people in sports did so, it would be easier for others.

"We [would like to] see more people coming forward and saying 'It's OK.' I think people would have more confidence," Van Uytvanck told The Guardian after her doubles match at Wimbledon on Wednesday, which she played with her off-court partner of three years, Greet Minnen.

The Belgians are the first openly lesbian couple to team up in doubles at Wimbledon, but they aren't the first to play the game. Legends Billie Jean King was outed in 1981, and Martina Navratilova came out as bisexual the same year.

In the men's game, openly LGBTQ+ players are even more rare. Brian Vahaly, who retired in 2007, came out only after he finished playing.

Van Uytvanck and Minnen said that sponsorship loss may be a reason why more men don't come out, as well as the difficulties of playing in countries that may not be friendly toward LGBTQ+ people.

"There must be some gay men [actively playing] out there. For me personally, [if I were] a man, it would be more difficult to come out" because of the stereotypes, Van Uytvanck said.