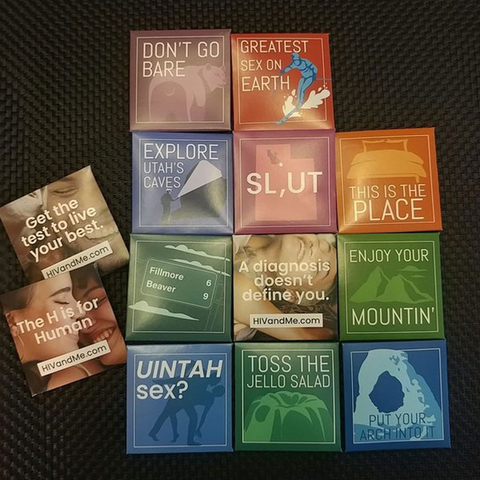 The state of Utah is hoping to distribute condoms, just not the innuendos that were printed on them.

Utah's Department of Health planned to distribute 100,000 condoms as part of an HIV prevention campaign, according to CNN affiliate KSTU. The condoms were packaged in small cardboard holders with "Utah specific euphemisms, or play on words" that refer the condom owner to the website HIVandMe.com, the department said.

But the condoms were funded by taxpayers, and Governor Gary Herbert asked the department to change the branding and lose the "sexual innuendo."

"The Governor understands the importance of the Utah Department of Health conducting a campaign to educate Utahns about HIV prevention. He does not, however, approve the use of sexual innuendo as part of a taxpayer-funded campaign," the governor's office said in a statement.

The Department of Health apologized and said that the designs did not go through necessary approval channels and that they have asked their partners to stop distributing immediately.

"We remain committed to running a campaign to help in the prevention of HIV and intend to do so in a manner that better respects taxpayer dollars, and our role as a government agency," the department said in a release.

The condoms were supposed to be distributed for free through local health departments, the Utah AIDS Foundation, bars and other places in the community along with a larger "H is for Human" campaign that will appear on billboards, transit and TV ads to encourage testing and prevention, KSTU reported.