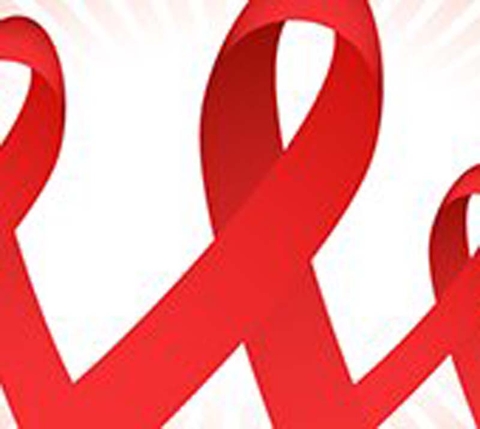 The second person ever to be cured of HIV is still free of active virus more than two years on, a study published by medical journal The Lancet HIV revealed on Tuesday.

Two and a half years ago, Adam Castillejo -- previously identified as the "London patient" -- finished HIV antiretroviral therapy.

He underwent a stem cell transplant to treat lymphoma and his donor carried a mutation known as CCR5-delta 32, which made him resistant to HIV.

Researchers said that in treating his lymphoma, they believe Castillejo, now 41, was cured of HIV.

HIV (human immunodeficiency virus) is a life-long viral infection that attacks the body's immune system and can have significant health consequences. There is no widely available cure, however, the virus is treatable with a combination of drugs known as antiretroviral therapy that reduces the amount of virus in a person's blood and it is preventable by using PrEP, which was approved by the US Food and Drug Administration in 2012.

According to UNAids there were 37.9 million people globally living with HIV in 2018.

"Our findings show that the success of stem cell transplantation as a cure for HIV, first reported nine years ago in the Berlin patient, can be replicated," said Ravindra Gupta, lead author of the study and a professor in University of Cambridge's clinical microbiology department.

Unlike the Berlin patient -- identified later as Timothy Ray Brown -- Castillejo underwent only one stem-cell transplantation instead of two and did not have radiotherapy to his entire body as part of his treatment.

Castillejo represents a step toward a less intensive treatment approach, the authors said.

Still, given the invasive nature of the experimental treatment, the authors caution its widespread use.

Since Castillejo is only the second reported patient to undergo this experimental treatment successfully, the authors note that he will require continued, but much less frequent, monitoring for re-emergence of the virus.

Sharon Lewin, director of the Peter Doherty Institute for Infection and Immunity at the University of Melbourne, said that the case was an "exciting advance" but should be viewed in context.

"It's hard to know if this is a cure, only time will tell, but this is looking very promising," Lewin said in a statement sent to CNN.

"This case is an exciting advance, but we need to also place it in context -- curing people of HIV via a bone marrow transplant is just not a viable option on any kind of scale. We need to constantly reiterate the importance of, prevention, early testing and treatment adherence as the pillars of the current global response to HIV/AIDS. And maintain the search for an HIV cure," she added.

In an interview with the New York Times, Castillejo said that he decided to reveal his identity after years of difficult treatments and moments of despair.

"This is a unique position to be in, a unique and very humbling position," Castillejo told the newspaper. "I want to be an ambassador of hope."

Kat Smithson, director of policy at the National AIDS Trust, applauded Castillejo for sharing his experience, adding that there is a stigma around HIV which can make it difficult for some people to seek help.

"His story helps raise much-needed awareness of HIV, but broader than that it's a story about incredible resilience, determination and hope," she said in a statement to CNN.