Biden will begin the VP vetting process, and says he informed Bernie Sanders of his plan 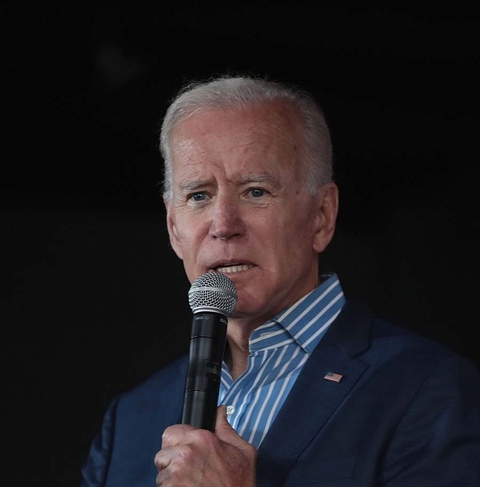 Democratic presidential front-runner Joe Biden says he has informed his Democratic rival for the nomination, Vermont Sen. Bernie Sanders, that he is beginning the process of vetting potential vice presidential running mates.

"I am in the process and I've actually had this discussion with Bernie because he's a friend -- we're competitors, he's a friend," the former vice president told donors during a virtual fundraiser on Friday.

Biden, who currently holds a sizable delegate lead over Sanders in the nomination fight, said he doesn't want the Vermont senator to "think I'm being presumptuous."

"But you have to start now deciding who you're going to have background checks done on as vice-presidential candidates and it takes time," he added.

Biden acknowledged that there's more time to select a running mate since the Democratic national convention was pushed back to the week of August 17 due to the coronavirus pandemic. But the Biden campaign plans to announce a committee "sometime in the middle of the month" to oversee the vice-presidential nominating process, he said.

Biden committed to choosing a woman to be his running mate and has previously expressed openness to tapping one of his former 2020 rivals, like California Sen. Kamala Harris or Minnesota Sen. Amy Klobuchar. He's also said Michigan Gov. Gretchen Whitmer is on his shortlist, though she's seemingly already taken herself out of the running.

He reiterated again Friday that he believes "it's critically important that the vice president be a woman, with the experience and background to do the job."

Biden also said he's considered how he would fill his Cabinet, stressing that the people he'd select will reflect the country's diversity and the broad spectrum of the Democratic Party.

The former vice president said he's already spoken with a handful of individuals about whether they'd be open to serving in a potential Biden administration, but has not offered anyone specific roles.

"If Lord Almighty came down and said you're President tomorrow, write down in the next 15 minutes your Cabinet, I think I could do it," Biden said.