Last weekend to see Pollard’s ‘In the Heights’ 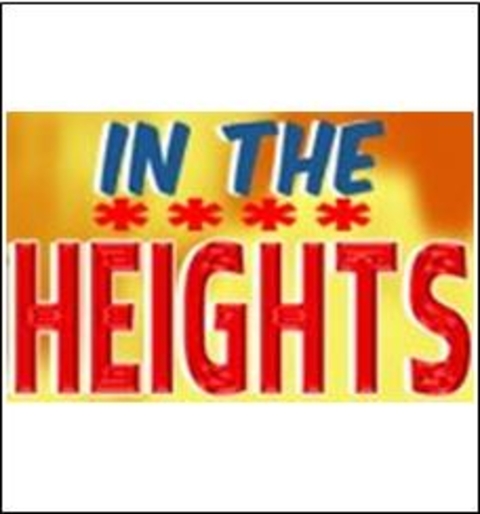 Blending a book steeped in Broadway tradition with a Tony award winning score infused with salsa, rap and hip-hop, In The Heights takes an authentic and exhilarating journey to rediscover family, community and what it means to be home.

The energetic smash hit, In The Heights, winner of four Tony awards including Best Musical, has its last performances Thursday, Friday and Saturday at Guthrie’s Pollard Theatre. In The Heights is a musical about life in Washington Heights, New York: a tight-knit community where the coffee from the corner bodega is light and sweet, the windows are always open, and the breeze carries the rhythm of three generations of music.

Blending a book steeped in Broadway tradition with a Tony award winning score infused with salsa, rap and hip-hop, In The Heights takes an authentic and exhilarating journey to rediscover family, community and what it means to be home.

Stevenson, who saw the original Broadway production of In The Heights, became a fan of the musical and believes it has the power to bring in a whole new audience to the American musical theatre. “I was so blown away by the original production that I felt we had to bring this story and its unique style to the Pollard.

“Lin Manuel Miranda and Quiara Alegría Hudes have created an extraordinary musical experience that tells a very traditional story through a musical tapestry of hip-hop, salsa, soul, R & B, merengue and other contemporary musical styles,” Stevenson explains. “We have assembled what I believe is a remarkably gifted team of theatre artists to introduce this world to our audiences. It's a production that will really appeal to our audience and I can't wait for them to experience In The Heights.”

In The Heightsruns through May 17 at the Pollard Theatre. Tickets are $25 with senior, military, student and rush ticket discounts available. Performances are Fridays and Saturdays at 8pm, Thursdays May 15 at 8pm. Tickets are available online at www.thepollard.org, by phone, (405) 282-2800 or at the Pollard box office at 120 W. Harrison Ave. Guthrie, Oklahoma.

The Pollard Theatre Company is produced by the Guthrie Arts and Humanities Council, with additional support from the Oklahoma Arts Council, National Endowment for the Arts, the Inasmuch Foundation and the Kirkpatrick Foundation. In The Heights is the fifth production of the company's 27th Season: Our Voices.