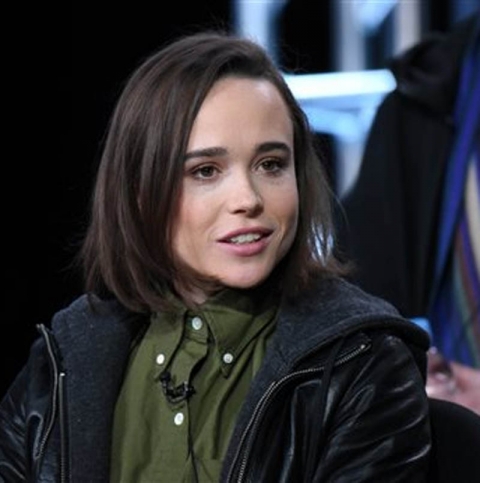 Filmmaker Spike Jonze, the creative director of Viceland, offered a first peek Wednesday into the results of last year's deal between Vice Media and the A&E Networks. Viceland is taking over the H2 network on Feb. 29.

Founded as a punk magazine in Canada in 1994, Vice Media has exploded in influence with a young audience. Vice airs a documentary series on HBO and will be starting a news series on the network later this year, Disney reportedly invested in the company and A&E has given them a channel that's a mix of hard-edged culture and lifestyle series.

"We're trying to make a channel that's personal, that feels like a group of people trying to understand the world we live in," Jonze said.

Although Viceland will acquire some documentaries and movies, the heart of the channel will be unscripted series that are passion projects for individual filmmakers. They have the irreverent, action-packed style familiar to Vice's fans, and tell stories from parts of the world not covered heavily by traditional news organizations.

Page's "Gaycation," co-produced and co-hosted by Ian Daniel, will likely have the highest profile. Page attracted attention a few months ago for bringing a film crew and questioning Republican presidential candidate Ted Cruz about gay rights while he campaigned at the Iowa state fair. Page and Daniel, who are both gay, meet a masked man in Brazil who proudly talks about killing homosexuals.

"I'm hoping to explore what it means to be LGBT all over the world," Page said.

Williams' first episode of "Black Market" explores auto theft in Newark, N.J., the city where he grew up — and was once arrested for stealing a car.

Based on clips screened on Wednesday, "Huang's World," from the author of "Fresh Off the Boat," looks like an edgier version of Anthony Bourdain's "Parts Unknown" on CNN.

Actress and model Hailey Gates is also making a travelogue show, using the fashion world as a window into issues like women's rights. Rapper Action Bronson hosts a show, with an unpublishable title, focused on food and music. "Weediquette" looks at the marijuana industry as it becomes legalized in more jurisdictions, "Flophouse" is about communities of young comics across the country and "Noisey" looks at cities through the eyes of musicians like Kendrick Lamar.

While most of Viceland's shows are produced internally, Jonze said outside companies are also being used. A sketch comedy show from actor Ben Stiller's production company is in the works, for instance.

Being considered a cultural network — and not news like the programs Vice makes for HBO — takes some of the pressure off Viceland's leaders, Jonze said.

"We can be completely subjective," he said. "We don't have to be objective journalists."