A Night at the Opera plans to enchant OKC Phil audiences 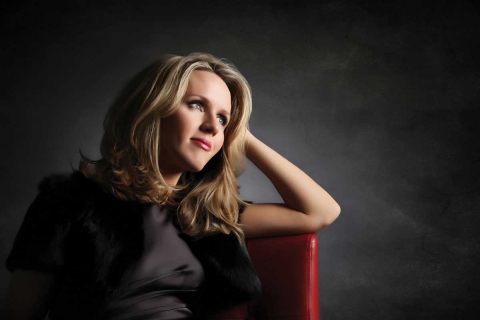 According to her website, “American soprano Sarah Coburn is captivating international audiences with her “precision placement, mercury speed, and a gorgeous liquid gold tone, gilded by a thrilling top and bottom register” (The Globe and Mail).

“Following her performances as Lucie de Lammermoor at Glimmerglass Opera, the New York Observer noted ‘she turns out to have qualities that have made legends out of so many of her predecessors, from Adelina Patti to Maria Callas: stage charisma, a thrilling upper register and, crucially, a fearlessness about abandoning herself to opera’s most abandoned heroine … this is a palpably exciting voice … Ms. Coburn is a budding prima donna of exceptional promise.’”

Critics and reviewers praise Ms. Coburn stunning voice: "Once every decade or two, a voice comes along that is so breathtaking, so thrilling for its sheer beauty and power, you feel lucky to witness it." - Janelle Gelfand, Cincinnati Enquirer.