NYC Council Speaker: “Access to PrEP is a life or death issue” 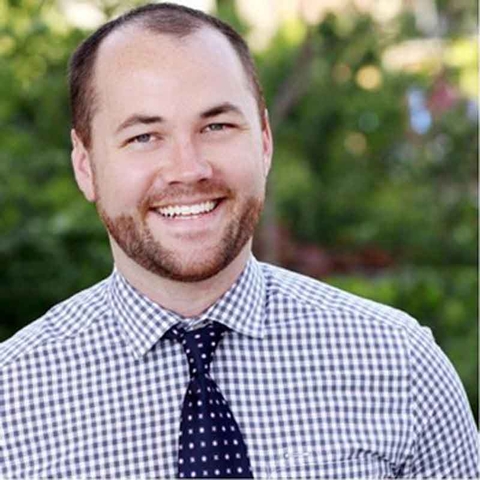 Truvada is 99 percent effective in preventing HIV infection. But few people are taking it. Why? Because it’s so expensive. The retail price of the drug is about $20,000 a year, although people with good health insurance often pay far less.

That has gotten New York City’s Council Speaker Corey Johnson, who is openly both gay and HIV+ upset.

At a rally at New York’s AIDS Memorial on Tuesday, Johnson called on the federal government to break the patent on Truvada. That is possible because the development of the drug was funded by the government, which allows the National Institutes of Health (NIH) to do just that, opening up the market to generic versions of the drug. 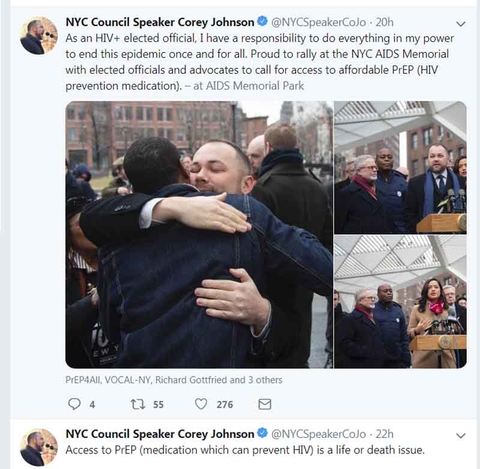 In his remarks to the gathered activists and other politicians, Johnson said, “Other countries pay $100 year for PrEP. Americans end up paying more than $20,000 a year for the same medication.”

“Gilead Sciences charged over $2,000 a month for a drug that costs them less than $6 a month to make, and whose research was funded entirely by the fed government and other charities,” Christian Urrutia, co-founder of the PrEP4All Collaboration, said on Monday, according to the Daily News.

Breaking the patent is made possible by a 1980 law called the Bayh-Dole Act. “The legal maneuver dates back to 1980 and the passage of the Bayh-Dole Act, which requires patent holders of federally-backed drugs to allow third party companies to produce the drug when requested by the government,” according to the News.

“As an HIV+ elected official, I have a responsibility to do everything in my power to end this epidemic once and for all. Proud to rally at the NYC AIDS Memorial with elected officials and advocates to call for access to affordable PrEP (HIV prevention medication).”

Getting the federal government to break the patent on Truvada is the campaign of  #BreakThePatent. The organization describes its mission on its website, www.breakthepatent.org.

“Right now, a miracle drug is being withheld from the American public that can reduce the risk of HIV transmission by more than 99%. The drug is called Truvada and when taken daily as Pre-Exposure Prophylaxis (PrEP) can help provide almost absolute protection against the virus.

“So why aren’t more people taking it?

“The manufacturer of the Truvada, Gilead Sciences, has inflated the price by more than 25,000%.

“You read that right. The drug costs less than $6 a month to make but Gilead charges patients more than $1,600 for a 30 day supply. This cost barrier has translated to less than 10% of the at risk population currently taking the medication.”

The site features a petition to call on the NIH to break Gilead Sciences’ patent on Truvada.

If a cheaper version of Truvada were available, more people would be taking it and the HIV infection rate would likely fall precipitously.