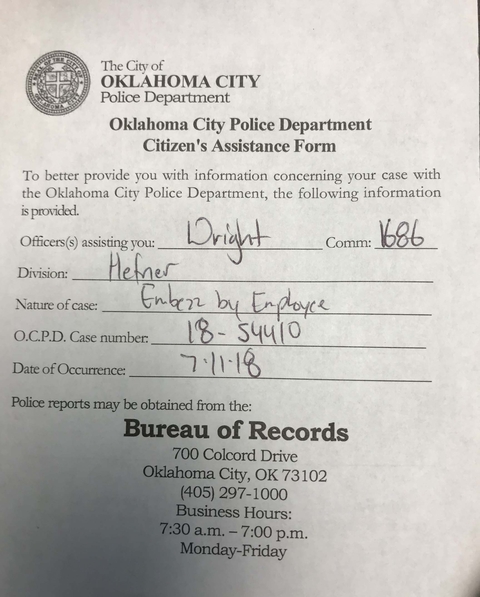 A police report has been filed in OKC Pride investigation. Photo copyright, The Gayly. May not use without permission.

Earlier today we brought you a report of alleged mishandling of funds by Lori Honeycutt. See: OKC Pride in turmoil; shocking information revealed.

Officer Wright reviewed the bank statement and the past criminal history report of Lori Honeycutt, requesting information on all names she has used.

He asked to verify Honeycutt was removed from the account, however she has not been. She is, in fact, the only person who currently has access to the account at this time, according to Odom who has been in contact with the bank. 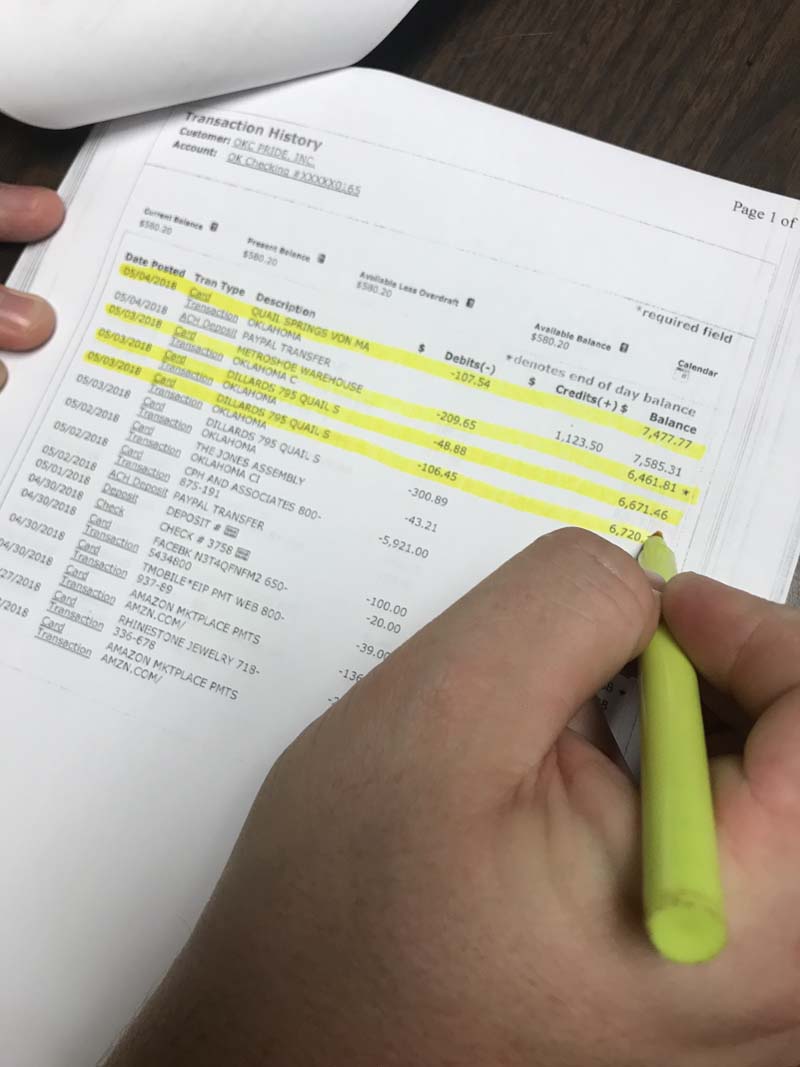 Brandon Odom highlights questionable charges on OKC Pride bank statement. Photo copyright, The Gayly. May not use without permission.

The officer took copies of the bank statement for evidence, bank contact information. OCPD has access to the DOC, OSBI and other pertinent arrest records.

After taking some time to review reports and speak to supervisors, the officer returned to give Scott and Odom the OCPD case number and said, “This won’t be a city charge. This is bigger. They will probably bypass this at a civil level and take it directly to state.”

Odom told the officer “They had many questions at the bank because she [Honeycutt] was adamant about keeping the deposits under 10,000 to ‘keep it off the IRS record.’” 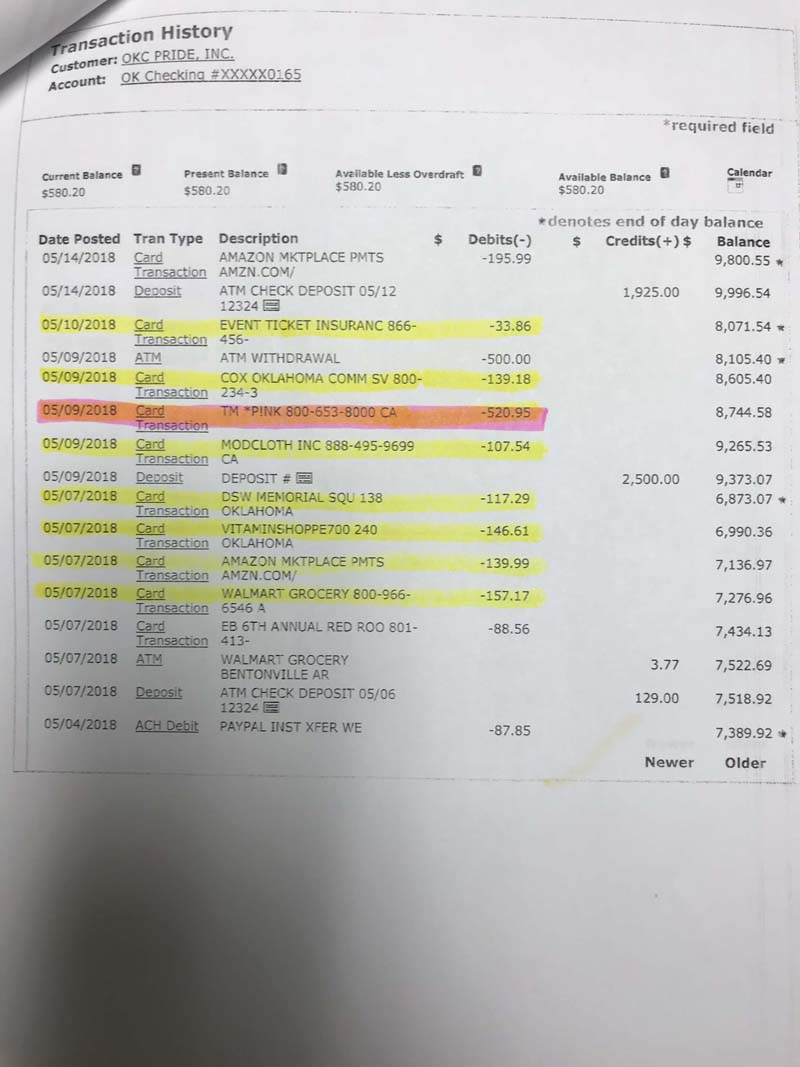 Tickets to see Pink and more on OKC pride bank statements. Photo copyright, The Gayly. May not use without permission

OKC Pride has a history of theft from board members or signatures on Pride accounts.

“In my eight years on the board, it happened twice,” said John Gibbons, a past president of OKC Pride. “With good accounting procedures and finding it early, we were able to quickly rectify the situation and recoup all monies.”

Community activist and The Gayly Associate Editor, Rob Howard, was also on the OKC Pride board from September 2006 through August of 2007 and, serving as treasurer, developed a Financial Control Policy for the board, which was accepted on November 20, 2006.

“The reason for the development of these procedures was that there were several debit cards on the primary account, held by people who were mainly responsible for the physical putting on of the festival and parade,” said Howard. “That was an invitation to drain the entire account if the wrong person had possession of a card.

Howard said there was a “segregation of duties section” which included a part about event chairs.

“Because this part of the policy was not well enforced, we suffered a loss of about $2,000 due to an event held at the Myriad Gardens.

“The event chair [unnamed] was not on the board but was organizing the event and collecting ticket sales. Despite numerous demands at board meetings that I made to receive any funds. Board member at the time, Scott Jones supported this work on my part.”

However, Howard said the remaining members of the board would not support him in his request because the person was a friend of theirs.

“After the event, we determined he had kept the money. The vice-chair, Gloria Moore (who is a lawyer) confronted the individual and established a repayment plan. Although I left the board in September 2007, it is my understanding that all or most of the $2,000 was collected from the individual in monthly installments.”

Howard said the key to secure financial transactions is the requirement for a monthly treasurer’s report, including the latest bank statement, record of deposits, withdrawals and credits. During his time on the board, at least two board members, in addition to the Treasurer, were required to initial the statement and reports.

Why the Financial Control Policy is not currently being used is unknown to Howard.

Stay “tuned” to The Gayly. We’ll be following all current allegations as findings unfold.