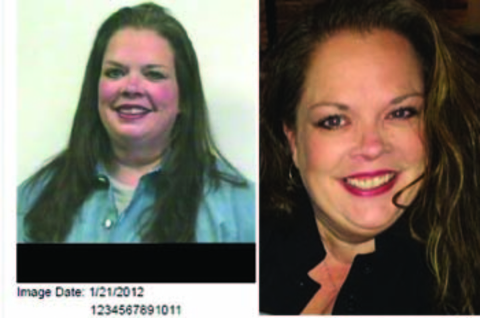 As many of you Oklahoma Citians already know, OKC Pride has some current turmoil. Rumors of financial mishandling have been brought up within the board, privately, at first. However, with the age of social media, it was soon well-known throughout the OKC area.

Secretary Alison Scott said the board was told the CPA was the treasurer, but she questioned that. “The CPA is not a board member,” she said. “I told Lori that, but it fell on deaf ears.”

Scott had well-documented anecdotal notes of all questionable actions which she posted on social media. She has since removed the post because, as she said, “I did not want to seem like I was attacking her online.”

Honeycutt denies any wrong-doing saying she is being harassed and bullied by these people. In fact, about a week ago, she posted a clean OSBI report on her FB page for Lori K. Honeycutt.

There were multiple forgeries and other convictions over a ten-year period. In fact, Honeycutt was incarcerated for these convictions in 2009 and was released in September 2016, according to the report.

“It was only me that disclosed the information I disclosed to the board,” said Scott. “Most did not know the background of Lori. It was Lori's consistent denial that it was not her and I reacted. I contacted Lori on different dates (with email provided) regarding the necessary background checks on all members before voting that person onto the board or into office.

“I believe if an accurate audit were conducted we would have confirmation (yes or no) funds are missing. I have asked for that and what Lori is providing me with is sloppy accounting.”

Former board members of OKC Pride and many others have expressed their feelings on these questionable activities.

In fact, Michael Clark and others saw the need for a change and rebirth, and he contacted Honeycutt by phone to talk about this idea. “She immediately stated OKC Pride has a meeting scheduled to talk about dissolution.”

But Scott said a meeting for this purpose had not been brought up. The OKC Pride bylaws state the following actions must be approved by the Members by two-thirds (2/3) of the votes cast:
● Amendment(s) to the Certificate of Incorporation.
● Dissolution.
● Merger.
● Sale of assets other than in the regular course of activities.

Scott said the outcome she would like to see is for all board members to resign, including herself, and new members and officers are put into place.

At of the time of press, the board remains split, according to Scott.

The Gayly spoke to Honeycutt who denies these claims of wrong-doing.

“What they’re doing is cyber-bullying, and they’re all going to jail,” she said. “Alison [Scott], Michael [Clark] and John [Gibbons]. I have pressed charges on all of them.”

However, when asked again about her reporting this to the police, Honeycutt said she has only filed a report against Scott.

“Since then, Alison has taken the post down,” said Honeycutt.

But Honeycutt said her record was expunged, proving it with her "clean" OSBI report. Again, our report includes all aliases used by Honeycutt with her correct date of birth.

“I have been harassed and bullied,” Honeycutt exclaimed. “My wife has been accused of wrong-doing.

“She [Scott] has turned my life upside down. I give up, and John Gibbons can have it all, but you are going to destroy my life by posting this in The Gayly. Why do you want to do that? I will lose my home and my job.”

Further, The Gayly has obtained information on the current bank statement of OKC Pride.

“She didn’t remove me from the bank account,” said Brandon Odom, OKC Pride immediate past president. He visited the bank used by OKC Pride on July 9. He was still on the account until about 5 p.m. July 10, but was suddenly removed by the end of that business day.

But Odom had saved a copy of the bank statement before being removed from the account.

“There are Budget Rent a Car charges for $500 and more, toll booth charges in the rental car with rental car fees, a set of tickets to see entertainer Pink, with insurance on the tickets, totaling over $550,” he said. “Those were found charged on the day the tickets went on sale. Charges for a T-Mobile bill were on the account, nearly $2,000 in ATM cash withdrawals, Dollar Tree, Sams, and it just goes on.”

In a review of the documents, The Gayly found other charges to a vitamin shop, multiple restaurants, Dillards, Pandora Radio, Modcloth, Metro Shoe Warehouse, VonMaur, a political contribution through ActBlue (a tech organization which helps candidates raise money) and more.

Odom added, “She threw a fit about putting her social [security number] on the account [at the time she was added].

Odom said he wants this cleared because his name was on this account.

Moments after The Gayly spoke with Honeycutt, she posted “I resign effective immediately” on her FB page, and the current OKC pride FB page cannot be found.

With the questionable activity on the Pride bank account, members of OKC Pride have contacted the Oklahoma City police department to report their findings.