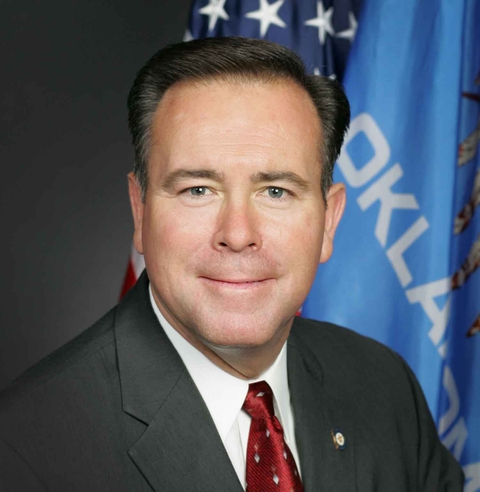 As the nationwide wave of teacher strikes keeps gaining momentum, an Oklahoma bill would make it illegal for teachers to walk out and protest.

But House Bill 2214 doesn't stop there -- it would also permanently revoke certifications of teachers who break the rule, preventing them from ever teaching in the state again.

The bill's author, state Rep. Todd Russ (R-District 55), said the main point is to make sure kids don't suffer a disruption in their education.

"Students deserve to be in their classrooms learning and preparing for their next grade and their next phase of life," Russ told CNN.

He said the new bill fixes a loophole in the existing law. It's already illegal for teachers to go on strike in Oklahoma.

They were able to do so because that protest was a "walkout" -- not a "strike."

A teachers' strike happens when battling a school board, said Alicia Priest, president of the Oklahoma Education Association. During a strike, teachers usually protest while they're supposed to be in school.

But with last year's "walkout," many teachers told their administrators they'd be absent. That forced some school districts to cancel classes, since there wouldn't be enough educators in the schools.

And because many schools were closed, teachers could protest at the capital without punishment.

Russ said the OEA skirted the law and wants to prevent that from happening again.

"Much like air traffic control operators and other union groups that are not allowed to strike based on the safety or wellbeing of third parties, teachers' unions also understood when House Bill 1017 passed in the 1990s that it would be illegal for them to strike again because of the disruption in classrooms," he said.

"Thus the reason for the new language."

But the teachers' association leader said she thinks the bill is "retaliation for the nine days of school closures that we had last year," which she said was "such a positive event for so many people."

Priest said students didn't miss much education, because some districts added missed days to the end of the school year.

Did that 9-day walkout accomplish anything?

It depends on who you ask.

Before the walkout, some veteran teachers had to work about 10 years to crack the $40,000 salary mark. To support their families, some teachers worked three to six jobs.

The fight wasn't just about raises, though. Teachers wanted more school funding, as high school students read from textbooks as old as they were. Sometimes, 70 students had to share 25 textbooks.

"I understand the plight of teachers, which is why I voted for the largest teacher pay raise and the largest K-12 education budget in state history," he said.

Shortly before teachers were supposed to walk out, Gov. Mary Fallin signed a deal that gave them some -- but not all -- of what they wanted.

The deal wasn't enough to stop the teachers' walkout. Educators protested for nine days, but didn't gain any more funding than before the walkout.

"The OEA ... did not deliver a single dime of value above the pay package we had already delivered before the strike," he said.

"They just needed to turn it into crisis to appear relevant. The real outcome from the union involvement has, for the most part, been a very damaged relationship with education and the legislature."

He said a much more effective way for teachers to voice their concerns is to contact lawmakers like himself.

But the OEA president said it was the threat of a walkout that spurred lawmakers to give schools more funding.

Had teachers been forbidden to walk out, "we would not have gotten the increase for our students that we gained," she said.