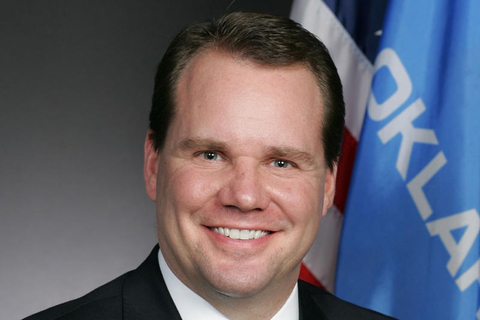 OKLAHOMA CITY (AP) — The lieutenant governor of Oklahoma has taken a large financial lead in the race to become the state's next governor.

Campaign reports show that with more than $2 million raised, Republican Lt. Gov. Todd Lamb has the most funding so far of the 13 candidates who have filed to run for governor next year.

Lamb said he's pleased and humbled by the support he has received. He said his campaign has more than 700 contributors.

"It's not just about raising money," Lamb said. "It is about building the infrastructure and the campaign team that will not only help us win the election, but will be ready to rebuild and renew Oklahoma."

Among the four Democrat candidates, former state attorney general Drew Edmondson is leading with more than $300,200 raised so far. He said his fundraising shows frustration "with our state's current leadership."

"They're ready for a governor who will fight for them instead of the billion-dollar corporations that dictate business as usual at the state Capitol," Edmondson said.

Edmondson ran for governor in 2010 but narrowly lost in the Democratic primary.

The campaign reports filed with the Oklahoma Ethics Commission cover donations and expenses through June 30. Monday was the deadline to file them.