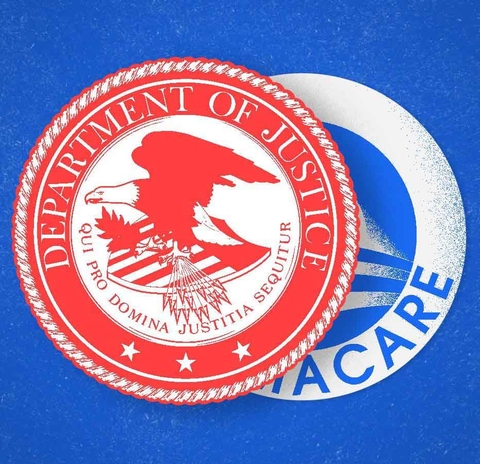 Without Obamacare, it will be hard for Trump to fulfill his promises. Will Mullery, CNN.

President Donald Trump wants to kill Obamacare, but it will be a lot harder for him to fulfill his own health care promises without the landmark health reform law.

Trump has made combating the opioid crisis and lowering drug prices top priorities of his administration. More recently, he promised to wipe out HIV in the US.

The Affordable Care Act is key to achieving these goals. In fact, Trump officials are relying on the law for certain proposals, particularly to advance their ideas to reduce drug prices.

At the same time, however, the administration is doubling down on trying to overturn Obamacare. In a surprise move last week, the Department of Justice said it agreed with the ruling of a federal judge in Texas that invalidated the landmark health reform law. The case is now in a federal appeals court.

Eliminating Obamacare could leave roughly 20 million more people without health insurance, according to a recent Urban Institute report. The President said this week that he will not push for a replacement plan until after the 2020 election.

Obamacare's Medicaid expansion provision has been critical to giving opioid addicts access to treatment. Many of them are poor, childless adults who were shut out of Medicaid before the law made additional federal funds available to help states pay for expanding access to the program. Some 12.7 million people were covered under expansion programs throughout the US in fiscal 2017, according to the Kaiser Family Foundation.

The share of those diagnosed with opioid addictions and who filled prescriptions for medication to treat the condition both rose sharply among Medicaid expansion enrollees in West Virginia between 2014 and 2016, according to a new study published in Health Affairs.

Many policies available to individual buyers prior to the Affordable Care Act either didn't cover substance abuse or had limited benefits and high co-pays, said Dr. Richard Frank, a health economics professor at Harvard who worked for the Obama administration. The law also provided more funding for community health centers, which assist many people living in rural areas, which have been hard hit by the epidemic.

If Medicaid expansion disappears, the gains made in fighting the crisis could vanish, as well.

"One of the reasons we are starting to see a plateau in overdose deaths is more people beginning to access effective treatment," said Andrew Kolodny, co-director of opioid policy research at Brandeis University. "Repealing Medicaid expansion will kick people off the rolls. We can expect overdose deaths to start going up again."

Eliminating Medicaid expansion could also hurt efforts to eradicate HIV since many of those infected are drug addicts who spread the disease by sharing needles, Frank said.

The administration is also leaning on Obamacare to try to lower drug prices. The law created the Center for Medicare & Medicaid Innovation, which supports experimenting with different payment models.

For instance, officials have proposed using the center to test settling the reimbursement level for certain pricey drugs administered in doctors' offices and hospital outpatient centers based on their cost in other countries, which typically pay far less. Trump outlined this plan with much fanfare at the Department of Health & Human Services in October.

The Affordable Care Act also increased the minimum rebates that pharmaceutical companies must pay in Medicaid and created the approval process for biosimilar drugs, which are cheaper versions of complex, costly medications known as biologics. It also required that insurers offering individual policies to cover prescription drugs and eliminated annual and lifetime caps on benefits, which is important for those who take pricey medicines.

"If the ACA were struck down, it would increase drug prices across the board," said Rachel Sachs, an associate law professor at Washington University.