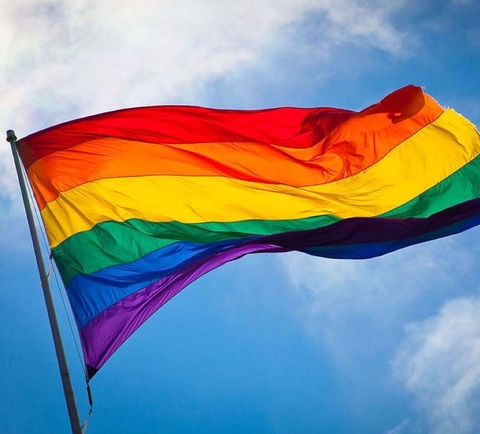 The rainbow flag which is the symbol of the LGBTQ+ community was set to be raised at Reading, Pennsylvania, City Hall to kick off the city's week-long Pride celebration. But the mayor called things off just minutes before the ceremony because, he says, it's a political movement.

Mayor Wally Scott told CNN affiliate WFMZ that he doesn't have anything against the LGBTQ community but that he doesn't believe flags should be raised at City Hall for political movements.

Ben Renkus, president of the Reading Pride Celebration, said dozens of people had gathered for the event on Monday but were let down when it didn't happen.

"We are angry and disappointed that our beloved city and the support that we have received over the past years has been tainted by a single person, Mayor Wally Scott," Renkus said.

The LGBT Center of Greater Reading also issued a statement: "What was supposed to be a proud and historical moment in history today for the City of Reading, the LGBTQ+ community and our allies, turned into a show of blatant, unacceptable discrimination."

Scott's office has not responded to CNN's request for comment.

In June, the Reading Pride group asked City Council Member Donna Reed to help organize a flag-raising ceremony. After going through the proper channels within the administration, she said, the ceremony was set for 4:45 p.m. Monday.

Just 15 minutes before the ceremony was set to take place, she said, she received a call from the public works director and the council president saying that the mayor refused to have the flag raised.

Both City Council President Jeff Waltman and Berks County Commissioner Kevin Barnhardt attempted to change the mayor's mind but were unsuccessful, according to Reed.

The issue caught the attention of Pennsylvania Lt. Gov. John Fetterman, who had ordered the display of the Philly Pride flag at the Capitol in Harrisburg in June. He asked Scott to reconsider his decision in a tweet.

"Looking forward to attending Reading Pride to affirm our administration's strong support for LGBTQIA+ community in PA," he tweeted.

Andrew Kearney, mayor of neighboring West Reading, told the LGBT Center of Greater Reading and Reading Pride that they could bring their flags to the steps of West Reading Borough Hall, he said.

"I don't think [Scott's] actions were discriminatory," Kearney said. "I just think that he thought that the better decision was to not allow them to do it ... but his decision disappointed a lot of people."

Kathiria Zorrilla, a member of the LGBTQ+ community in Reading, posted a video interaction with Scott four hours after the ceremony was canceled.

"By saying we cannot raise our flag, by never showing up to Reading Pride, is you telling us the LBGTQ community is not supported and is not loved here in Reading when we are," Zorrilla says in the video.

Scott responds, "everybody has a mission or a movement that they're doing, and I don't get involved in movements."