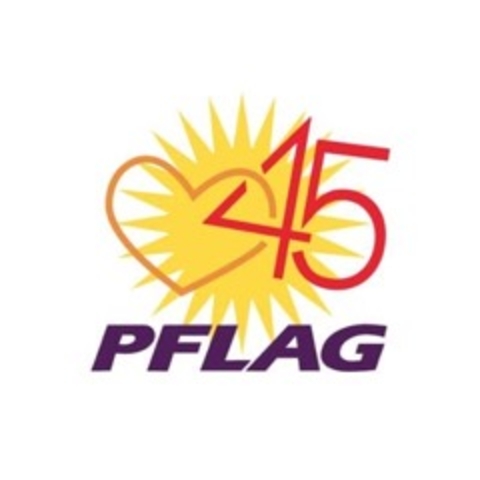 March 11, National PFLAG celebrated 45 years since its founding in New York City in 1973. PFLAG is the nation's largest and oldest organization uniting families and allies with people who are lesbian, gay, bisexual, transgender and queer (LGBTQ).

PFLAG was founded by Jeanne Manford, elementary-school teacher and mother of renowned gay activist Morty Manford, who marched by her son's side in the 1972 Christopher Street Liberation Day March—a precursor to NY Pride—carrying a homemade sign that said, "Parents of Gays: Unite in Support of Our Children." When she was surrounded by people at the end of the march, asking her to speak to their own parents, the idea for PFLAG was sparked and nine months later, with support from her son and husband, Jules, the first meeting of PFLAG was held on March 11, 1973 at the Metropolitan-Duane Methodist Church in Greenwich Village (now the Church of the Village). Approximately 20 people attended.

Over the past 45 years, PFLAG (formerly an acronym for "Parents, Families, and Friends of Lesbians and Gays" but changed to simply PFLAG to reflect its longtime inclusion of bisexual and transgender people—one of the first organizations to do so—in 1993 and 1998, respectively) has grown into a national organization with nearly 400 chapters across 49 states, the District of Columbia, Puerto Rico, and on a U.S. military base in Germany, with hundreds of other family and ally organizations around the globe, all inspired or quietly supported by PFLAG.

Since its founding, PFLAG has helped hundreds of thousands of families learn how to support their LGBTQ children and loved ones, expanding to include similar work with loving allies who are also invested in equality for LGBTQ people. This doesn't include the possible millions across continents who have used and tailored the model to make them culturally appropriate for their locales.

"PFLAG has had a revolutionary impact on parenting and family values and practices in the U.S. and around the globe," says Kay Holladay, Regional Director (OK, AR, TX and LA) and Board Member of PFLAG National, the national organization that supports and resources the grassroots PFLAG chapter network.  "Simply put: Family acceptance saves lives."

Here in Oklahoma, PFLAG chapters hold support group meetings each month, provide resources and education to LGBTQ people and their families and friends and their communities, and lobby the State Legislature to defeat anti-LGBTQ legislation.

PFLAG is constantly on the forefront, ensuring that LGBTQ people are accepted and supported in order to live, love, learn, work, pray and play equally, fairly, and safely. To find a chapter near you and join in the celebration, visit pflag.org/find.