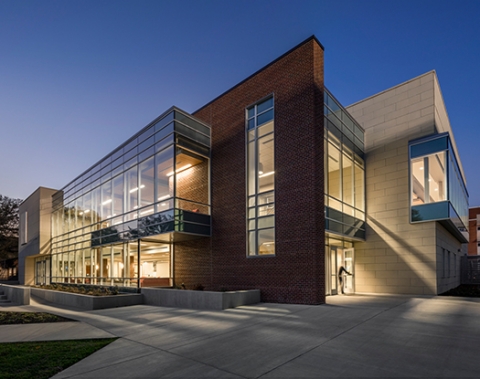 According to The Joplin Globe the position will be filled by Ali Smith, an employee of the Safehouse Crisis Center, who will be stationed at the university as the campus victims’ advocate. Smith

Smith says she's appreciative that university officials have recognized the need for her position. She said it's unfortunate that "sexual and domestic violence are widespread around the world, and especially around college campuses."

Smith told The Joplin Globe, "We see from national surveys that one in five women and one in 16 men will be sexually assaulted during their college career, so I think every college campus needs these services."

The National Sexual Violence Resource Center recently reported that “More than 90% of sexual assault victims on college campuses do not report the assault.”

In light of these statistics, Smith’s primary focus will be on students and providing services such as crisis intervention, advocacy and support counseling to domestic violence victims and victims of sexual assault.

Ali Smith holds bachelor’s and master’s degrees in communication from PSU. She earned the Outstanding Adviser Award for Excellence in spring 2016 for her work as an adviser, trainer and mentor for PSU's Students for Violence Prevention program.

Under her leadership, that program won the Outstanding Program Award for Excellence at the Meeting of the Minds Area 4 West conference in Kansas City.

J.T. Knoll, the university's student prevention and wellness coordinator, told The Joplin Globe Smith is perfectly suited for the position. “Ali is the top of the line,” Knoll said in a statement. “She’s one of the best peer educators I’ve ever been around. She combines a tremendous intellectual capacity with a drive and determination to get things done. She’s a special young woman, and we’re very lucky to have her on campus in this role.”

The addition of this position represents a broader recognition that sexual assault and domestic violence are issues that colleges and universities must acknowledge and provide services for.

Lauren Dow contributed to this report
Information from: The Joplin Globe.
Copyright 2016 The Associated Press. All rights reserved.
This material may not be published, broadcast, rewritten or redistributed.
The Gayly – 7/11/2016 @ 2:46 p.m. CDT.