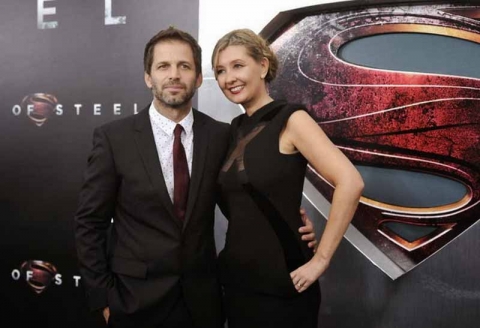 ‘Batman v. Superman’ producer Deborah Snyder has a unique vision for the boys club known as Hollywood: to get more female talent behind the camera, rather than in front.

In an interview with NPR, Snyder said, “It's easier to look on screen, right, to see, oh, there's an absence of great roles for women. OK, we need to make a change. But I've been striving to figure out ways to try and get more women behind the camera.”

Snyder says she finds herself one of the rare female producers working in action and comic book film genres. She and her husband Zack have their own production company, Cruel and Unusual Films. Deborah produces, Zack directs.

Despite Hollywood’s estrangement, Snyder remains steadfast in bringing a new vision to the silver screen, getting women into executive roles.

Her upcoming films include "Suicide Squad," "The Justice League," "The Flash," "Aquaman" and her favorite, "Wonder Woman."