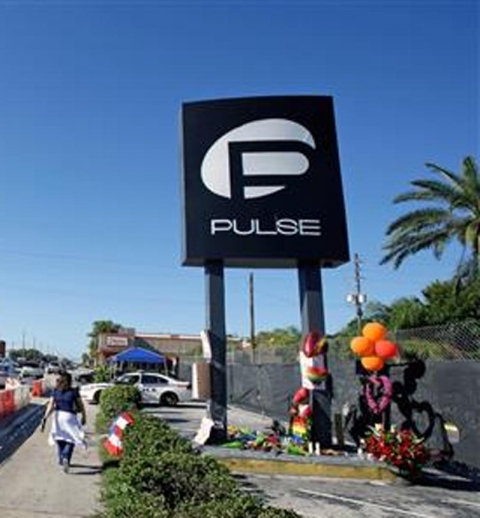 Orlando, Fla. (AP) — Authorities had just breached the wall to the Pulse nightclub, and patrons who had been trapped inside with gunman Omar Mateen started to flee. SWAT team members carried a man with four gunshots in his legs, hip and shoulder to Officer Luke Austin. The man was bleeding profusely.

Austin grabbed him and said, "Stay with me, keep fighting!!! We will get you to safety, stay with us!"

Austin's account is among dozens of narratives in supplemental police reports released Tuesday that give greater details about the Orlando police response to last month's massacre of 49 patrons at the Pulse gay nightclub, the worst mass shooting in modern U.S. history.

The officers who recount their role in the reports were the initial responders to a call from a fellow officer who was working security when Mateen began firing in the club. Some critics have wondered why it took three hours from the time Mateen first started shooting to when he was killed. Police say Mateen retreated to a bathroom where patrons had fled and it became a hostage situation.

The reports don't answer the question of timing, but several officers who got inside the club while Mateen was on his rampage describe being unable to pinpoint where Mateen was.

"Once inside of the building I immediately noticed numerous bodies lying on the dance floor unresponsive as well as other people running ... outside the front door," Officer James Falbo wrote. "As I made it further into the building, I heard several gunshots from inside the club but I was unable to pinpoint where the shooter/shooting was coming from."

Officers described lifeless bodies on the floor, hysterical patrons, the wounded grabbing at their ankles for help, and victims' blood seeping into their uniforms as they pulled them out of the club.

Austin said he and two other officers carried the man with numerous gunshots to his legs to a pickup truck and laid him on the truck's bed. Austin stayed with the man as the truck was driven to waiting ambulances.

"I remained on my hands and knees, looking at the victim's eyes while talking to him to 'Stay with me, I am here with you, you are safe now,'" Austin wrote. "I would periodically tap on his left cheek to regain his attention and keep him alert as he would flex from the pain on the entirety of his body."

Officer Richard Fink entered Pulse from the patio during Mateen's rampage. Like Falbo, he said he couldn't tell where the shots were coming from. Fink said he grabbed the wrists of a wounded man who reached up to him saying he couldn't walk and dragged him outside through the patio. He went back inside and did the same for a second wounded man. He also helped evacuate patrons hiding in an upstairs office.

"There were many victims and we were in need of many ambulances," he wrote.