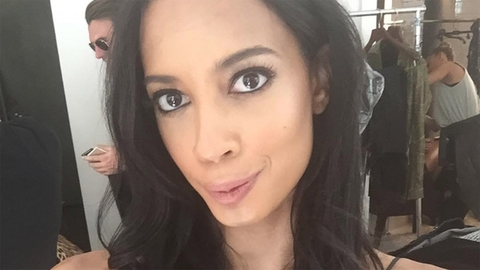 According to a statement from the New York Police Department, a 26-year-old woman was found early Tuesday morning "unconscious and unresponsive, lying on the sidewalk in the vicinity of Undercliff Avenue and Boscobel Place, within the confines of the 44 Precinct."

"There were no obvious signs of trauma observed," the NYPD statement read. "EMS responded to the location and transported the aided female to Bronx Lebanon Hospital, where she was pronounced deceased."

The investigation remains ongoing and a cause of death is pending from the medical examiner.

McHenry was a longtime friend of Earvin "EJ" Johnson, the star of EJNYC.

The series, which ran for a season in 2016, chronicled the life of Johnson, who made headlines as the openly gay son of basketball legend Magic Johnson, and his group of friends in New York City.

Johnson celebrated McHenry's birthday on August 6 with an Instagram posting wishing "Happy birthday to my best friend who has strutted with my in princess gowns since day 1."

"@lyric_leigh words cannot express how much I love and appreciate you in my life," the caption read. "Your constant love, respect and companionship gives me the confidence to live my truth every single day and I am so blessed that even as baby divas we recognized the greatness in each other. I love you."

Refinery29 reported that McHenry was a Stanford University graduate who interned in their video department from 2016 to 2017.

"She was a producer and on-screen talent and was devoted to opening up a dialogue around racial and social awareness," according to the publication. "In the wake of the 2016 presidential election, she starred in the Refinery29 YouTube series Lingo With Lyric where she attempted to unpack the vocabulary around race."

"She was funny, proactive, and incredibly creatively driven," Bulette said. "She was an excellent communicator and I couldn't wait to see where her talent and creativity would take her."