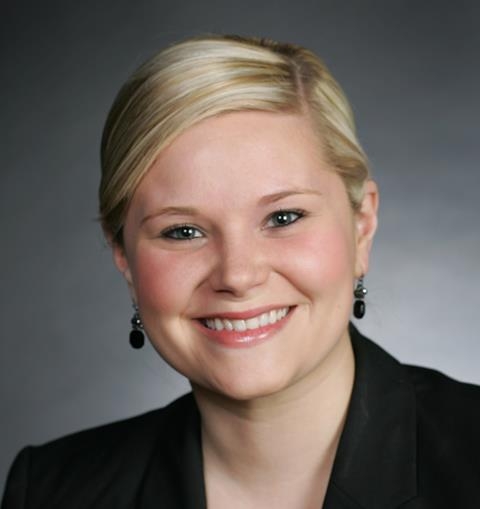 Oklahoma Hospital Association records indicate the 132 hospitals in this state that have emergency departments record 2.1 million patient visits annually, and about one of every eight emergency room patients is admitted to a hospital for more extensive treatment.

People who have little or no health insurance are more likely to let some ailments go untreated until they become severe, resulting in even worse conditions later on, noted Rick Snyder, vice president of finance and information services for the Hospital Association.

Hospital emergency rooms are a safety net for nearly 666,000 Oklahomans who have no health insurance whatsoever, Snyder said during a recent interim legislative study.

“It is sinful that so many Oklahomans are unable to receive affordable and quality health care,” Virgin said after a meeting of the Public Health Subcommittee of the House Committee on Appropriations and Budget.

Hospitals are required by law to provide emergency treatment to any patient, regardless of that person’s ability to pay. Consequently, Oklahoma hospitals provided $547 million in uncompensated medical care in 2012, ledgers reflect.

The median level of uncompensated medical care amounted to 6.1 percent of a typical Oklahoma hospital’s expenses that year, Snyder said. However, he continued, uncompensated care accounted for more than 10 percent of the budgets for 20 small rural Oklahoma hospitals, and reached 17 percent at one hospital. “Cost shifting” to insured patients isn’t viable for those hospitals, he added.

John Silva, chief executive officer of Morton Comprehensive Health Services in Tulsa, which operates community health centers, said that seven years ago some 34 percent of the care provided at Morton facilities was uncompensated. That figure has since soared to 58 percent, he told the legislators.

Approximately 12,000 of the 22,000 patients treated at Morton clinics in 16 northeastern Oklahoma counties are low-income clients who receive free or reduced-cost health care, and most of them are working individuals, Silva said. About 70 percent of them do not earn enough from employment to qualify for tax credits under the federal Affordable Care Act, he said.

Because state funds for the uncompensated medical care pool ran out last year, Morton lost $1.36 million that had been budgeted for those services, Silva said; some, but not all, of that revenue loss was covered through service and hour reductions, staff layoffs, and alternate sources of funds, he said. Similarly, he said, because of a reduction in the uncompensated care pool from the Fiscal Year 2014 level, Morton has received approximately $60,000 since July instead of the $800,000 initially envisioned.

As a direct result, Morton is operating at a substantial loss this year and may have to close facilities or reduce services if some relief isn’t provided soon, Silva stated.

David Whitaker, CEO of the Norman Regional Health System, said the area served by Norman Regional encompasses more than 11,000 Oklahomans who are uninsured but are nevertheless receiving medical care. “Everyone is paying for uninsured care,” he said, because the cost is usually shifted to patients who are insured.

Norman Regional will lose approximately $113 million in reimbursement payments through 2022 because of federal budget cuts and loss of Affordable Care Act funding. “We have to find a way to access those federal funds,” Whitaker said.

Snyder said Oklahoma hospitals would receive about $4 billion over 10 years if Oklahoma accepted federal funds to expand its health-care program for the indigent. Oklahoma’s refusal to embrace health-care expansion is “a political stand that hurts Oklahomans” and results in Oklahoma subsidizing health care in other states that have accepted Medicaid expansion, he said.

According to the Oklahoma Policy Institute, expanding the state’s low-income health-care program would have extended insurance coverage to roughly 150,000 Oklahomans, or about 22.5 percent of the uninsured people in this state. Those 150,000 citizens “are caught in the ‘coverage crater’,” the institute contends. “They earn too much for traditional Medicaid, but don’t qualify for subsidies to purchase health insurance in the online marketplace.”

Arkansas, Kentucky and New Jersey, three of the 28 states that have expanded their Medicaid programs, “are using the accompanying funding in innovative ways to improve not only their states’ health outcomes but also their local economies and state budgets,” the institute reports. “A healthier workforce, increased consumer demand, and the infusion of federal funds … drive job creation and grow the whole economy.”

In fact, the Leavitt Report produced last year for the Oklahoma Health Care Authority estimated that if Oklahoma’s Medicaid program were expanded, it would create between 12,000 and 15,000 jobs and result in an economic impact of $14.2 billion to $17.9 billion by 2023.

Accepting federal aid would be more efficient “than what Oklahoma already spends on economic development,” the Oklahoma Policy Institute pointed out. In 2012 alone, the state paid $896 million in incentives to attract private businesses to Oklahoma – a sum greater than the total 10-year cost to the state of $689 million to expand Medicaid, the institute emphasized.

National companies that own hospitals are experiencing a more business-friendly climate in states that have accepted federal funding, Snyder said, because they are coping with less uncompensated medical care, especially in their emergency rooms.

“To accept federal funding and reduce the number of uninsured Oklahomans is just plain common sense,” Virgin said after the interim study meeting.

Carter Kimble, director of government relations for the Health Care Authority, informed the legislators that approximately 632,000 Oklahomans are served by the federal Medicare program, about 2.3 million Oklahomans have some type of private insurance coverage, and approximately 665,000 Oklahomans are served by the state’s low-income health-care program. There is overlap among those three programs; for example, some workers who have private insurance also are enrolled in Medicare, and about 100,000 Oklahomans who have federal Medicare coverage also are enrolled in the state Medicaid program.

Oklahoma imposes strict eligibility limits on its Medicaid program, Kimble said. In households of three, adult parents who have dependent children and earn no more than $759 per month, or $9,108 per year, qualify for state health-care benefits, Kimble said. Regardless of income, no able-bodied Oklahoma adult aged 19 to 64 who has no dependent children at home can qualify for Medicaid, he said.

Insure Oklahoma, “a subsection” of SoonerCare that also is administered by the OHCA, is an employer-sponsored insurance program for low-income working Oklahomans. IO is financed with federal funds and approximately $50 million in state tobacco tax revenue. The program uses federal dollars to underwrite a premium subsidy program for small businesses and their employees.

Participation in the Insure Oklahoma program in May of this year numbered 4,280 companies (almost 93 percent of which have 0 to 25 employees) and 18,776 enrollees, Health Care Authority records reflect. The enrollees included 13,854 employees, spouses, college students and dependents, plus 4,922 individuals who were self-employed or temporarily unemployed.

Kimble said more Oklahomans could be covered by Insure Oklahoma if the income guideline were raised, if the program were extended to more employers and if it covered workers who currently do not qualify for the program, such as people working two part-time jobs.

Insure Oklahoma was established in 2005 and has been renewed several times. The federal waiver that allows Oklahoma to use federal funds to help underwrite the premium subsidy program expires in December 2015. The Health Care Authority and state leaders are negotiating with federal officials for a long-term extension of the program.

“Even though international health concerns have monopolized the news over the past several weeks, the ongoing health of Oklahomans is an issue that pre-existed Ebola and will remain an issue after Ebola is no longer a daily news story,” said Rep. David Perryman, D-Chickasha.