The right way to talk about reproductive rights, women and LGBTQ+ health care 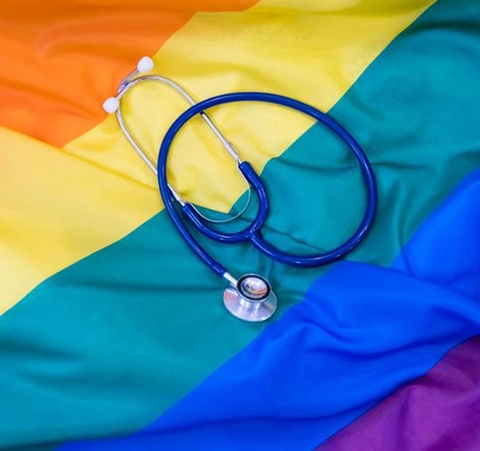 Round two of the Democratic presidential debates kicks off on Tuesday, and the list of national crises to talk about is long. For millions of American families, abortion is one of the most personal issues that will be addressed on stage -- and the stakes could not be much higher.

This year alone, Republican state legislatures have passed dangerous and restrictive anti-abortion laws in Missouri, Ohio, Alabama, Georgia, Mississippi, and Louisiana -- some closing the window for legal abortion before many women even know they're pregnant. With five conservative justices on the Supreme Court and the federal judiciary stacked with Trump-appointed judges, our political opponents are salivating at the prospects of gutting Roe v. Wade.

As the head of the largest and oldest political membership group dedicated to fighting for abortion rights, I know firsthand the practical reality of this potential catastrophe for women and families, especially for people of color and those living in rural and low-income communities.

As the ramp-up to November 2020 continues, we expect all the Democratic candidates to acknowledge this crisis and make clear their commitment to women and families. We want to see clear plans for how they'll protect reproductive freedom, address the disparities in abortion access, end a backwards policy that allows health care providers to discriminate against women and LGBTQ+ people by refusing to provide care, and take a stand against the domestic and global gag rule.

Ultimately, though, this debate isn't really about politics, and it's bigger than health care. This debate is about freedom -- freedom for more than half of Americans to make the best decisions for themselves, their families, and their futures without political interference.

Many years ago, I watched a pregnancy test unexpectedly come up positive. It threw into question my entire vision of my future. The first thing that flashed through my mind wasn't who I voted for or what political ad I had last seen. It was an array of complex questions -- from where I was in my education, to the relationship I was in, to how in debt I was. After a lot of thought and many conversations with those I loved and trusted, I made the best decision for myself and had an abortion. And for me, as it is for so many people, that decision was not a simple or clear-cut one based solely on my health. Regardless, I was so grateful for the providers who assured that I got the best care possible.

Five years ago, when I learned with excitement and joy that my husband and I were expecting twins, it made me even more grateful that my earlier decision to have an abortion was free from political interference. I made that decision based on my circumstances at the time, with the help of my own moral compass. Today, my life and my family are what they are because I was able to chart my own course.

Of course, securing the right to abortion requires political will and political power. But for women and families facing the decision to continue or end a pregnancy, their decisions are deeply personal ones that rarely include politics and almost always go beyond health care. A woman may think about the family she already has, the financial situation she faces, the partner she's with, how young or old she is, or her moral and religious values.

No one knows another person's situation, but we can all sympathize with the hard choices life throws our way. Which is why -- despite those who believe that they wouldn't personally choose abortion for themselves -- overwhelming majorities of Americans think it is not the place of politicians to make that choice for others.

According to an NPR/PBS NewsHour/Marist poll released last month, 77 percent of Americans think the Supreme Court should uphold Roe. Even more recently, a Washington Post-ABC poll found that support for legal abortion is the highest it's been in two decades.

Given the public support for legal abortion, there's no justification for politicians to curtail the personal freedoms of women and families by passing abortion bans. While these laws may be intended as legal challenges to Roe v. Wade, they also pose devastating consequences for criminalizing and punishing women. A powerful majority holds the commonsense perspective that these decisions belong to women and those they trust most.

When I'm asked whether abortion is more about politics or health care, or whether there's any "middle ground" on the issue of abortion, I turn to this truth: We need to talk about reproductive rights and health care in a way that acknowledges the complexities and profound implications for the freedom all Americans cherish. This is a charge for candidates seeking to represent us, as well as the organizations leading this conversation.

Will this answer every question or settle a political score? Probably not. But it will more accurately reflect the hearts and minds of American voters -- many of whom are dismayed by those playing politics with their lives and hungry for an honest conversation instead.

Editor's note: Ilyse Hogue is the President of NARAL Pro-Choice America. The opinions expressed in this commentary belong to the author.  The-CNN-Wire
™ & © 2019 Cable News Network, Inc., a Time Warner Company. All rights reserved.