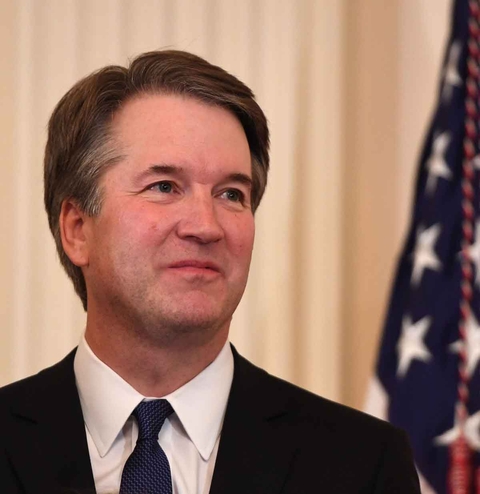 "Considering everything we know about Judge Kavanaugh's expansive view of executive power and accountability, the fact that Morrison v. Olson, of all the cases in the history of the Supreme Court, is the first case he could think of overturning is deeply, deeply troubling," the New York Democrat said Wednesday.

The remarks from Schumer signal Democrats plan to use this as an opportunity to call for Kavanaugh to commit to recusing himself from weighing in on special counsel Robert Mueller's investigation.

Schumer was referencing recently resurfaced comments that Kavanaugh made two years ago expressing his desire to overturn a three-decade-old Supreme Court ruling upholding the constitutionality of an independent counsel, a comment bound to get renewed scrutiny in his confirmation proceedings to sit on the high court.

Speaking to a conservative group in 2016, Kavanaugh bluntly said he wanted to "put the final nail" in a 1988 Supreme Court ruling.

Sen. Cory Booker, a Democrat on the Senate Judiciary Committee, also told reporters if Kavanaugh is confirmed, he should recuse himself from ruling on any cases involving the Mueller investigation that come before the Supreme Court.

"This to me is more of a reason why there's an urgency in either rejecting this nominee or making sure that this nominee, if we go forward, commits to recusing themselves from any of the issues that come before the Supreme Court," Booker said.

That decision, known as Morrison v. Olson, upheld the constitutionality of provisions creating an independent counsel under the 1978 Ethics in Government Act -- the same statute under which Ken Starr, for whom Kavanaugh worked, investigated President Bill Clinton.

The law expired in 1999, when it was replaced by the more modest Justice Department regulation that governs special counsels like Mueller.

"I don't think it carries much weight at this point," he said on Wednesday.

While the White House did not directly respond to the news, White House Principal Deputy Press Secretary Raj Shah slammed Democrats for talking about the remarks in a series of tweets Wednesday.

"The Dem attacks on Kavanaugh's 2016 speech today are laughable, and show a total lack of understanding. There is a clear legal difference between the Independent Counsel statute and the Special Counsel regulation. Let's not play fast and loose," he said in the first tweet.

"That's why Senator Durbin had this to say about the Independent Counsel: 'Our form of government is grounded on the premise that unchecked power is tyranny. The independent counsel is unchecked, unbridled, unrestrained, and unaccountable,'" he said in another tweet.