Some ditch Obamacare for cheaper alternatives 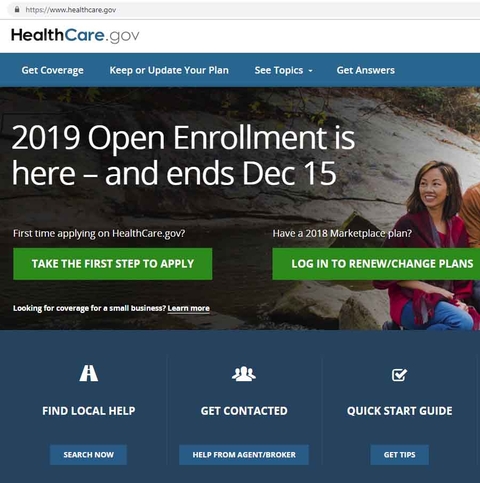 When Guy Furay, who owns The Insurance Source in Greer, South Carolina, had a 61-year-old man and his wife come in looking for an alternative to pricey Obamacare insurance coverage, he had a solution: a short-term health plan.

The couple, who were healthy and earned too much to qualify for federal subsidies, were facing a monthly premium of $2,350 for 2019 for an Obamacare-compliant policy that they rarely used. Instead, Furay found them a short-term plan for $800 a month.

"He said 'I just can't do this anymore,'" said Furay, though he warned them that if they develop any conditions, they likely wouldn't be able to renew their coverage. "People are trying to find anything that works for them."

Short-term plans are growing more popular, particularly among consumers who don't qualify for federal Obamacare subsidies, insurance agents say. And the Trump administration recently made them more attractive to buy in a back-door effort to weaken the health reform law.

They are cheaper because they don't have to satisfy all the coverage requirements of the Affordable Care Act. Short-term plans typically provide less comprehensive benefits -- maternity and prescription drug services are often not included -- and have financial limits on their coverage. Plus, short-term plans can charge people more or turn them away based on their pre-existing conditions.

While the Trump administration isn't directly promoting short-term coverage over Obamacare, Seema Verma, administrator of the Centers for Medicare & Medicaid Services, which runs Obamacare, last month touted short-term plans on Twitter. The administration recently extended their duration to just under a year, as opposed to only three months. Her post came amid a series of tweets about signing up for Obamacare during open enrollment, which runs through December 15 in most states.

The federal healthcare.gov exchange features prominent links on its site to find local agents who sell both kinds of policies and to transfer to an outside "Help On Demand" site, which arranges for agents to call interested consumers. The exchange also sends emails to those who've signed up for updates offering a link to the "Help on Demand" site.

Agents may have extra incentive to steer consumers to short-term plans since they often offer higher commission rates, though some agents say that they can wind up earning less because the premiums are lower on these policies than on Obamacare plans.

The heightened interest in short-term plans comes at a time when average daily sign ups for 2019 Obamacare policies are down more than 8%, as of December 1. Whether all these folks would have otherwise bought coverage on the exchanges isn't known, but short-term plans may be luring away some consumers with their lower premiums.

Among Americans shopping for short-term policies and unsubsidized Obamacare plans at the online insurance company eHealth, a greater share are opting for short-term coverage this fall, especially among those who earn too much to qualify for Obamacare premium subsidies.

Some 70% of eHealth customers selected short-term policies in the first half of Obamacare's open enrollment period, compared to 56% who picked them at the same time last year, the company said. The share choosing unsubsidized Affordable Care Act plans fell to 30%, from 44%.

The short-term policies that people chose have an average monthly premium of $107 for an individual, compared to $477 for the unsubsidized Obamacare plans, according to eHealth, which is featuring short-term coverage more prominently on its site this fall.

"It's the price," said Sean Malia, senior director of carrier relations for eHealth. "Consumers are looking for more affordable options than the Affordable Care Act."

However, the short-term plans come with an average individual deductible of $5,721, compared to $4,064 for the Affordable Care Act policies.

The difference in benefits, however, doesn't bother some Americans. They are now buying short-term options because Congress last year eliminated the penalty for not having health insurance, starting in 2019. These plans are not considered coverage under Obamacare.

Now that they won't be subject to a penalty, some of Trish Freeman's clients are more open to short-term plans. The Gonzales, La., agent is selling more of them this fall, though only to those with clean health histories.

But It can more difficult to get approved these days, she said. That's because more people gained coverage under Obamacare and went to the doctor, so they are more likely to have medical issues diagnosed.

"You have to be super, super, super healthy to get through," said Freeman, who is executive vice president of Health Agents for America, an industry group.