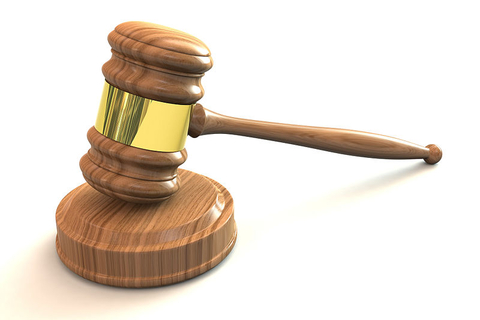 WINTER HAVEN, Fla. (AP) — Viktoria Gerth-Stephenson's spouse has been involved through every step of her pregnancy.

When Gerth-Stephenson delivers her son in April, though, her spouse's name won't appear on the birth certificate issued by the Florida Department of Health. Instead, Rebecca Stephenson, Gerth-Stephenson's wife, must go through a stepparent adoption to obtain a legal connection to the baby.

That requirement means an additional expense and a delay that creates a limbo period during which Stephenson would have no legal custody of the baby if Gerth-Stephenson were to die or become incapacitated.

A historic ruling by the U.S. Supreme Court gave same-sex couples the legal right to marry in Florida starting Jan. 6, 2015. More than a year later, though, lesbian married couples who choose to have a baby face a much different legal landscape than heterosexual parents.

Only the woman who carries out the pregnancy is recognized on the birth certificate as the baby's parent.

The Winter Haven couple says they were shocked to learn Stephenson must pursue a court order to ensure she is recognized as a parent of the son they plan to name Maverick.

"I don't think it's fair I have to do a stepparent adoption when that's my son," said Stephenson, 25, a carpenter. "If I was a guy, he would be my son. In our eyes, it's not my stepchild, that's my child."

Lesbian couples don't face this predicament in most other states, according to Hannah Willard, policy and outreach coordinator for Equality Florida, which promotes legal rights for lesbian, gay, bisexual and transgender residents.

After the Supreme Court's ruling in 2015 established a nationwide right to same-sex marriages, most states changed their policies and began issuing birth certificates for married lesbian couples listing both spouses as parents on birth certificates. But Willard said Florida remains a holdout.

The Winter Haven couple has been together about two years and got married last October. In contemplating a family, they decided they want three children, two of them biological. Gerth-Stephenson would carry the first child and Stephenson the second, and they would adopt a third.

The couple decided to use intrauterine insemination.

It was only when they began making arrangements for Gerth-Stephenson to have the baby delivered at Winter Haven Women's Hospital that they learned the birth certificate wouldn't list both women as parents.

They called the Polk County Courthouse for clarification and were directed to get advice from a lawyer. They learned no legal action can be taken until after the baby is born. A stepparent adoption typically takes three to six months, a lawyer told them, and costs $2,500 to $3,500, including legal fees.

Gerth-Stephenson received an initial due date of May 11, but she developed diabetes during her pregnancy, and her doctor has scheduled a delivery for April. Those health issues raise another concern for the couple.

If Gerth-Stephenson was to die during the delivery — or any time before the adoption is finalized — her spouse would not have legal custody of the baby. Custody would go to Gerth-Stephenson's parents, they said.

Although Stephenson said she has a good relationship with her in-laws, that's not the case for all same-sex couples.

Davis, 40, gave birth in September to a son, Adrian. Not long after that, the Mulberry couple began the process of having Davila, 29, become the adoptive stepparent of the baby bearing her own DNA.

It took more than four months before the adoption was approved.

Davis said the couple planned to get married before the due date, but when they learned that status wouldn't get Davila's name on the birth certificate they delayed the wedding until after the birth.

Davis said the legal uncertainty compounded the worries of her pregnancy. She said hers was labeled a high-risk pregnancy, and she faced the possibility of a heart attack or stroke.

Circuit Judge Kevin Abdoney presided over the final adoption hearing Jan. 22 in Bartow. Davis and her lawyer, Walter C. Thomas Jr., said it is thought to be the first adoption in Polk County for a same-sex couple whose baby is genetically related to the birth mother's spouse.

Stephenson and her wife plan to move in July to Luxembourg, Gerth-Stephenson's native country. They are going mainly so Gerth-Stephenson can take over a family business, but Stephenson said Europe also appeals to them because its countries readily acknowledge the parenthood of same-sex spouses.

"When we move to Europe, I don't have to worry about having any kind of adoption because over there it's completely accepted and (there are) equal rights," she said, "and I'm considered Maverick's mother, regardless."

Gary White, The Ledger of Lakeland. Copyright 2016 The Associated Press.