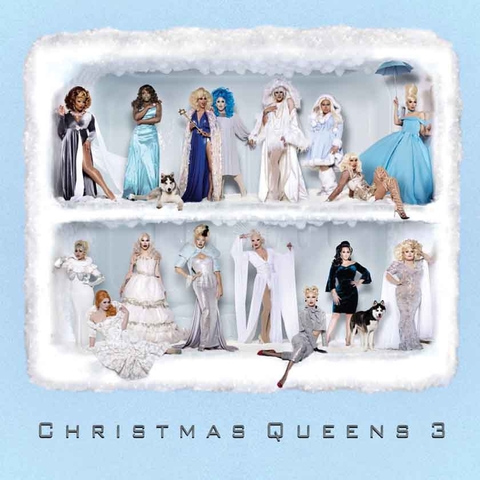 Ready to fill your stocking? Well, mark this one off your list because the top names in drag have joined forces once again for Christmas Queens 3, the latest installment in everyone’s favorite seasonal music anthology series. The album dropped November 17.

Also appearing are Michelle Visage, Peppermint, Phi Phi O’Hara, Sharon Needles, Sherry Vine, Thorgy Thor ​and more to be announced. Both prior Christmas Queens albums reached #1 spots on iTunes and #2 on Billboard Comedy Album Charts in 2015 and 2016, respectively. The Christmas Queens albums are a co-production between PEG Records and Killingsworth Production Company.

The 2017 Christmas Queens live tour started in New Orleans in November and is now touring Europe and the UK. It returns to the United States December 17 in New York. Tickets are available at www.ChristmasQueens.net for pre-sale for most cities. The talent lineup will vary by city and is subject to change. Check the website for planned artists at each stop.

There will not be any performances in The Gayly region.

In addition to the new album and global tour, Producer Entertainment Group (PEG) will release a 60-min filmed concert special on VOD and other platforms.

The special is coming to TV and digital screens everywhere this month. It features a combination of live performances and backstage moments from various stops along the sold-out 2016 world tour. More information on where to view the “Christmas Queens Concert Special” will be announced soon. Check the website for dates, channels and streaming.