Trump weighs in on O'Reilly allegations 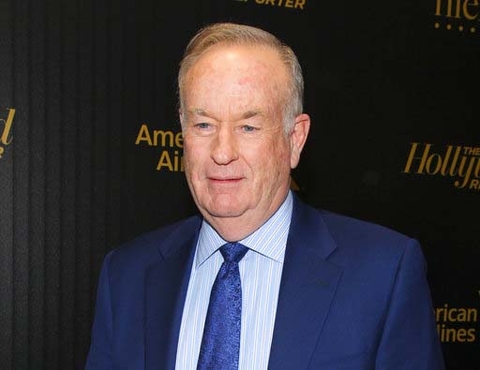 Embattled Fox News Channel anchor Bill O'Reilly received the support of President Donald Trump on Wednesday, who called him "a good person" in an interview with The New York Times.

The Times had revealed over the weekend that Fox News' parent company 21st Century Fox had paid settlements totaling $13 million to five women to keep quiet about alleged mistreatment at the hands of Fox's prime-time star. O'Reilly has denied wrongdoing and said he supported the settlements so his family wouldn't be hurt. The news has sparked an exodus of advertisers telling Fox they didn't want to be involved in O'Reilly's show.

Trump said that he didn't think O'Reilly should have settled with the women involved. He told the Times: "You should have taken it all the way. I don't think Bill did anything wrong."

The president is a loyal Fox viewer, frequently tweeting out comments about its programming.

Several more advertisers have joined the list of defectors from Fox News Channel's "The O'Reilly Factor," bringing the total to around 20.

The Wonderful Co., the company behind Fiji bottled water, Wonderful Pistachios and POM pomegranate juice, says it will no longer advertise on the show. "We are committed to a respectful and inclusive workplace environment and insist upon the same from our business partners," said spokesman Steven Clark.

Coldwell Banker on Twitter it hadn't intended its ads to run during the show in the first place and said it pulled future ads from the show.

The advertisers pulled out after the New York Times revealed over the weekend that five women were paid settlements totaling $13 million to keep quiet about supposed sexual harassment by O'Reilly.

Julie Roginsky posted screenshot on Twitter on Tuesday of letters sent by her attorneys to the city's Commission on Human Rights.

Her lawsuit, filed Monday, says a promised position on the Fox show "The Five" never happened after she rejected Ailes' sexual advances.

The letter was not a formal complaint to the commission, but the agency could choose to investigate on its own.

He has denied subjecting women to unwanted sexual advances.