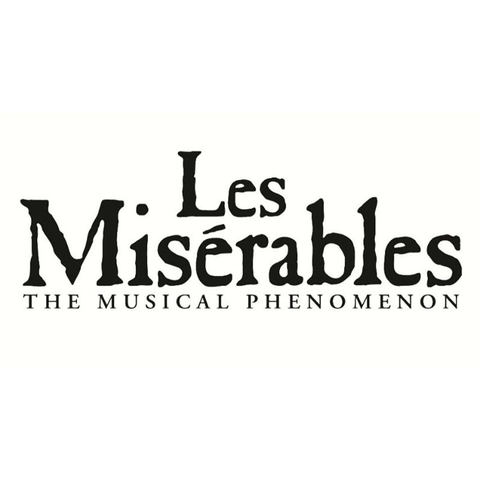 With glorious new staging and dazzlingly reimagined scenery inspired by the paintings of Victor Hugo, this breathtaking production of Les Misérables, which broke box office records during its pre-Broadway tour, has left both audiences and critics awestruck, cheering “Les Miz is born again!”

Set against the backdrop of 19th-century France, Les Misérables tells an enthralling story of broken dreams and unrequited love, passion, sacrifice, and redemption – a timeless testament to the survival of the human spirit.

Featuring one of the greatest scores of all time, with thrilling and beloved songs including I Dreamed A Dream, On My Own, Stars, Bring Him Home, One Day More, Do You Hear the People Sing and many more. This epic and uplifting story has become one of the most celebrated musicals in theatrical history. Along with the Oscar-winning movie version, Les Misérables is still the world’s most popular musical, breaking box office records everywhere in its 33rd year.

“I’m delighted that after a four-year absence this glorious production is once again touring the major cities across North America and is more spectacular than ever,” said producer Cameron Mackintosh.

To date, Les Misérables remains the 5th longest-running Broadway production of all time.

Presented by Celebrity Attractions, Les Misérables comes to the Tulsa Performing Arts Center for eight performances only September 24 – 29. The performance schedule is Tuesday, Wednesday and Thursday at 7:30 p.m., Friday at 8 p.m., Saturday at 2 p.m. and 8 p.m., and Sunday at 1 p.m. and 6:30 p.m.

Les Misérables kicks off the Celebrity Attractions’ 2019-2020 Broadway Season which also includes the epic love story of our time in the new production of Miss Saigon and the spectacular new musical Anastasia. For the first time in forever the first national Broadway tour of Disney’s Frozen will make its Oklahoma premiere; Broadway’s golden ticket filled with “Pure Imagination”, Roald Dahl’s Charlie And The Chocolate Factory; and the season concludes with the remarkable new musical based on a true story, Come From Away, making its Tulsa debut.