Unique and powerful UNDERGROUND a must see 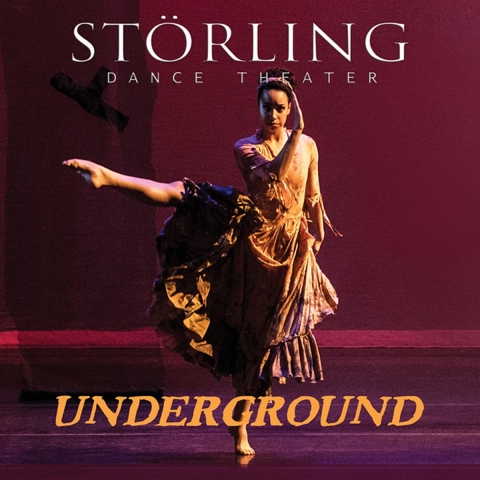 UNDERGROUND premiered in Kansas City in 2008 to rave reviews and passionate audiences. Each year, the community has called for Störling Dance Theater to return to the stage with this inspiration of hope and beauty. In 2011, the Kauffman Center for the Performing Arts invited Störling to move UNDERGROUND into its facility where it now resides. The 2015-16 season marks the ninth annual performance, and the year that UNDERGROUND will begin touring to other cities.

The vision for Storling Dance Theater’s UNDERGROUND began in the year 2000 as a positive approach to addressing growing divisiveness in our culture over race. Production began in 2004 and it took four years to complete the original music, costumes, choreography and design.

The cast included 60 professional and amateur artists from an extremely diverse group of backgrounds, neighborhoods and perspectives. The result of this project is multi-faceted: Deep relationships across socio-economic and cultural divides, dialogue and listening that have brought understanding and active community, and a shared passion to work together for everyone’s good.

Storling’s website says, “We want to bring this experience to everyone in America that is looking for solutions, unity and opportunity for all our citizens. The Underground Railroad is our roadmap. We have done this before. We can do this again.”

In addition to its Kansas City performance, the dance company is sharing this stunning production with other cities. “Our 2016 schedule includes performances in St. Louis at the beautiful Lindenwood Theater as we partner with Lindenwood University to play a role in the restoration of the Ferguson community and a word of hope for the nation.”

UNDERGROUND has been called “one of the most vivid, heartfelt, and theatrically astute pieces of dance theater ever to grace a Kansas City stage,” (Kansas City Star) and named one of the top ten performances of the decade! (The Independent)

Choreographed by the duo of Mona Störling-Enna and Tobin James, with original music by composer Jay Pfeifer, UNDERGROUND is a visual tapestry based on true stories of the Underground Railroad. With a cast of more than 50, featuring the talented artists of Störling Dance Theater, the production of this dramatic historical depiction has been hailed as a cultural gift, making it the perfect celebration of Black History Month and a beautiful portrayal of the American Spirit.

For its ninth consecutive year, UNDERGROUND will inspire and challenge, awaken and encourage – embraced by a wide and diverse audience from across Kansas City and beyond.