US court grants rights to transgender people in Puerto Rico 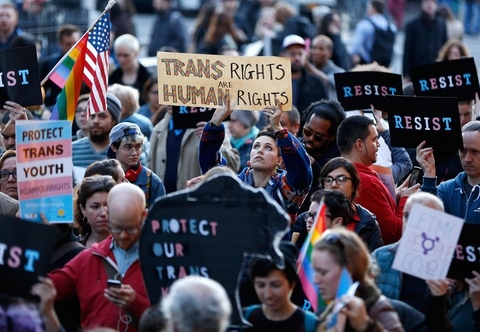 SAN JUAN, Puerto Rico (AP) — A federal court in Puerto Rico has ruled that transgender people in the U.S. territory should be allowed to change the gender on their birth certificate if they wish.

Lambda Legal said Wednesday that a judge this week found a previous ban on making such a change was unconstitutional.

The New York-based civil rights organization had filed a lawsuit against Puerto Rico's government a year ago seeking to eliminate the ban in the first federal lawsuit of its kind. It was filed on behalf of two transgender women, one transgender man and a local human rights group.

Mariana Cobian, a spokeswoman for the island's Justice Department, told The Associated Press that the government does not plan to appeal the ruling.