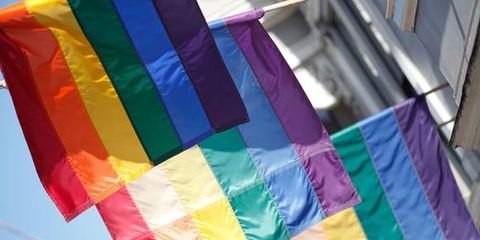 Recently America become one of 13 countries to vote against a resolution created by the United Nations to end the death penalty for having gay sex.

A majority vote passed the resolution, but the United States joined countries such as China, Iraq and Saudi Arabia in the opposition.

The Human Rights Council resolution condemned the death penalty of same-sex couples, those with mental disabilities, minors and pregnant women, according to the Independent.

America supported two amendments Russia supported which claims the death penalty isn’t a “human right violation” and it’s not torture but can be.

However, even with America’s vote, the vote in Geneva was approved with 27 Human Rights Council members out of 47 in favor.

At this point in time six countries including Iran, Saudi Arabia, Sudan, Yemen, Nigeria and Somalia uses the death penalty as punishment for same-sex relationships.

“It is unconscionable to think that there are hundreds of millions of people living in states where somebody may be executed simply because of whom they love,” Renato Sabbadini, ILGA Executive Director, said.

“This is a monumental moment where the international community has publicly highlighted that these horrific laws simply must end.”

"The headlines, reporting and press releases on this issue are misleading. As our representative to the Human Rights Council in Geneva said on Friday, the United States is disappointed to have to vote against this resolution," Heather Nauert, State Department spokesperson, told The Independent. "We had hoped for a balanced and inclusive resolution that would better reflect the positions of states that continue to apply the death penalty lawfully, as the United States does."

"The United States voted against this resolution because of broader concerns with the resolution’s approach in condemning the death penalty in all circumstances and calling for its abolition."