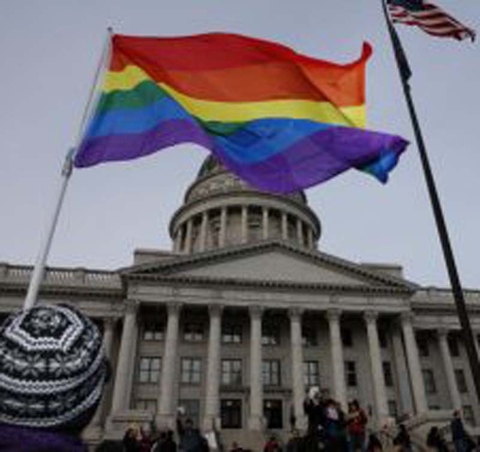 The rule comes amid ongoing discussions in the state to ban the widely discredited practice that seeks to change a person's sexual orientation or gender identity. Earlier this year, a similar bill banning the practice for minors, presented by Republican state Rep. Craig Hall, stalled in the state's legislature. On Tuesday, Herbert, a Republican, said he directed the Division of Occupational and Professional to file the new rule that includes input from advocates, policy groups and organizations.

"I have learned much through this process. The stories of youth who have endured these so-called therapies are heart-rending, and I'm grateful that we have found a way forward that will ban conversion therapy forever in our state," he said in a statement. "I'm grateful to the many stakeholders who came to the table in good faith, with never-ending patience. I'm also grateful to the dedicated board members at DOPL for their work that enabled us to come together to craft this rule."

CNN previously reported that Herbert directed the state's Psychologist Licensing Board to draft rules to regulate conversion therapy in the state. According to an audio recording of a meeting held by the board at that time, the board agreed that it would draft its rules to apply to adults and minors -- which the governor's office approved of during the meeting. The board also said it would try to make the rules as "broad" and "comprehensive" as possible.

Hall told CNN in an email on Wednesday he is grateful for the proposal and hopes it will put an end to conversion therapy in the state.

"I am grateful we have developed language that both prohibits conversion therapy and also protects the legitimate interests of healthcare professionals, patients and families," he said. "I urge adoption of the proposed Rule so we can end conversion therapy once and for all in this State."

Sixteen states, the District of Columbia and Puerto Rico have banned conversion therapy for young people, according to the Human Rights Campaign. Medical and mental health professional organizations, including the American Medical Association, have denounced conversion therapy.

"What a beautiful way to the start the Thanksgiving weekend," Williams said in a statement posted on Twitter. "Their actions today will no doubt save lives."

According to Herbert's office, the rule will be published on December 15 and Utah citizens will be allowed to comment on the rule until January 14. The ban could go into effect on or by January 22.