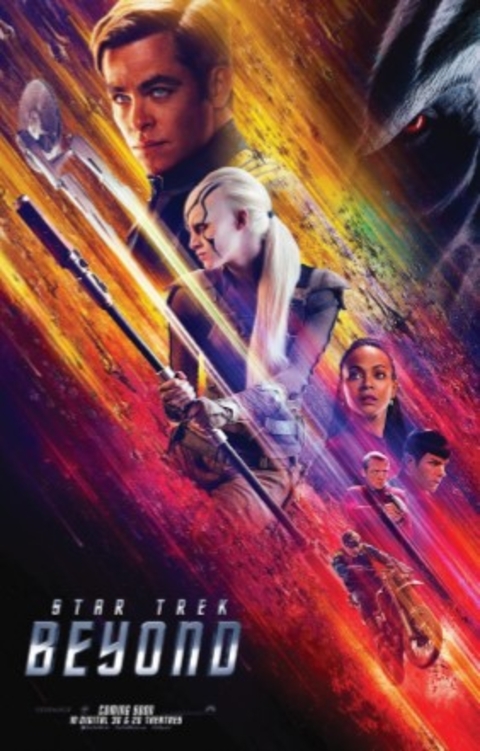 In "Star Trek Beyond," the narrative just was not a tight enough fit, regardless of how many comic lines and knowing facial expressions between characters are peppered in.

Penny Dreadful: There are certain TV series that lend themselves to binge viewing in a beautiful way, allowing you to marvel at their evolution, arc and production values. Such is the case with the three seasons available of this psychological thriller.

Set magnificently in Victorian London (as well as other exotic locations) as numerous characters from Gothic and horror literature intertwine in the most creative and entertaining ways. The acting is absolutely perfect with superior directing and writing. The anchor character is Vanessa Ives (Eva Green), around whom all the action and colorful cast swirls, although Timothy Dalton as Sir Malcolm Murray lends some ballast to the group confronting a cascade of dark forces. The characters simultaneously have to explore and deal with their own dark sides.

This is an adult drama that understands dialogue with touches of droll wit should advance the plot, while the action certainly has no lack of blood, but amazingly never becomes gratuitous. Creator John Logan has provided us a splendid scape to wander within. Season one simply sparks up your interests while season two and three connects and drives home the unlimited possibilities of this genre. Give it the chance it deserves, and you will be deliciously addicted.

Star Trek Beyond: Frankly, I was hoping this third installment with the younger crew would come up to the thrills and wonder of their first release, and I opted for 3D to add more pop and pizazz. I was not bored, but I cannot state that I did not have a certain degree of disappointment.

Fast and Furious director Justin Lin certainly pulled out most of the busy action stops that keeps your eyes dancing, but the storyline just seemed to not hold enough treats in the bag of expected goodies. It does have some lollipop moments as the crew demonstrates the effectiveness of teamwork, the virtues of collective action and how to blow smoke into the middle of an angry swarm of aliens, but it also seems to lean too heavily on our familiarity with the series, which can lead to being too familiar with plot circumstances.

The narrative just was not a tight enough fit, regardless of how many comic lines and knowing facial expressions between characters are peppered in. Nonetheless, the relationships between the characters remains as a strong point of entertainment for the fans, but you have to allow for a tendency of trek to drift into drek.

Nonetheless, I wouldn't have missed it, since there is plenty here to make it worth the ride.