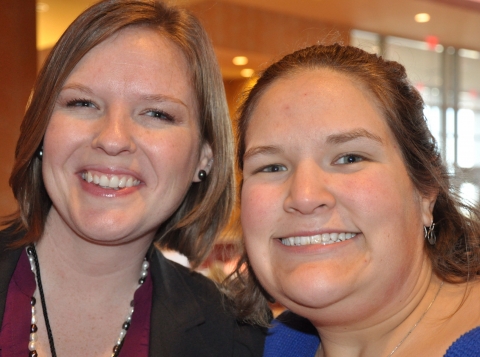 This year, The Welcoming Project, (TWP) is excited to announce their first $500 scholarship to be awarded to an undergraduate student who provides an outstanding contribution to LGBTQ activism. The winner will be announced at the TWP anniversary celebration this April in Norman, OK.

The Welcoming Project is a non-profit organization based in Norman that began in 2011 to encourage local businesses to display welcoming signs for the purpose of making LGBTQ (lesbian, gay, bisexual, transgender, and queer) individuals and allies feel welcomed as patrons.

“Any undergraduate student who will be enrolled in a degree granting institution in August of the year of application who presents an outstanding contribution to LGBTQ activism is eligible to apply,” said Meredith Worthen, co-founder of TWP. “LGBTQ activism’ can be interpreted broadly, however, successful applicants will have completed (or are currently completing) activities that benefit the LGBTQ community.”

Worthen serves as University of Oklahoma’s (OU) Assistant Professor, Department of Sociology, Elected Faculty, Women's and Gender Studies Program and Affiliate Faculty, Center for Social Justice. She received her Ph.D. in Sociology from The University of Texas at Austin in 2009 and joined OU’s faculty in the fall of the same year.

Worthen is also actively involved in the Sooner Ally Program, which helps LGBTQ students succeed at OU by making them feel “safe, supported and included” on campus.

“Both essay quality and letters of recommendation will be utilized as criteria for reviewing, judging, and selecting award recipients,” adds Worthen. “A lot of young people are doing a lot of great work out there and we want TWP to recognize that.”

The scholarship recipient will be selected by a committee of supporters of TWP.

TWP is based in Norman, OK and offers free "All Are Welcome" rainbow signs to display. They currently have close to 200 official “Welcoming” places and hopes to keep the numbers growing. Those interested in joining TWP can do so for FREE by signing up at www.thewelcomingproject.org.

Scholarship application deadline is March 1, 2013. Application can be found on TWP website: http://www.thewelcomingproject.org/scholarship.php.