What in the world is going on with Obamacare? 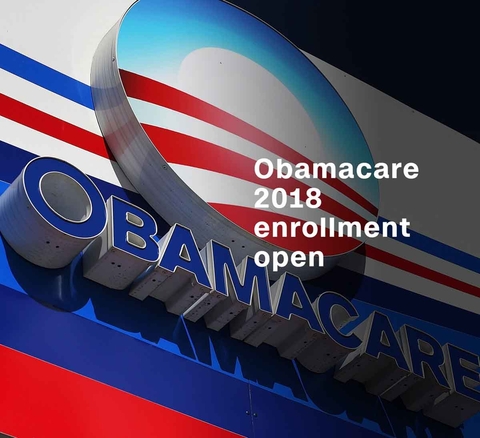 Just as open enrollment for the Affordable Care Act was set to close, a Texas judge issued a decision that could harm enrollees. CNN Money graphic.

On Friday, a federal judge in Texas added the latest chapter to the nearly decade-long legal and political fight over the Affordable Care Act by ruling that the individual mandate, which forced everyone to have some sort of health insurance, was unconstitutional -- and predicting that the entire law would fail.

But in a twist, the judge didn't throw the law out. In fact, the ACA -- colloquially known as Obamacare -- remains the law of the land today as it awaits certain appeal in higher courts.

In an attempt to sort through all of this chaos and confusion, I reached out to CNN's health care guru, Tami Luhby, for answers. Our conversation, conducted via email and lightly edited for flow, is below.

Cillizza: The ruling out of Texas is very complicated and confusing. How does it affect the average person right now?

Luhby: Right now, nothing changes. While the judge declared the Affordable Care Act unconstitutional, he did not issue an injunction to stop federal or state officials from enforcing it. The Department of Health & Human Services said Monday it will "continue administering and enforcing all aspects of the ACA as it had before the court issued its decision. This decision does not require that HHS make any changes to any of the ACA programs it administers or its enforcement of any portion of the ACA at this time."

That means the more than 10 million people who have coverage on the exchanges this year -- as well as the millions who signed up for policies for 2019 -- will not be affected. Same goes for the millions of low-income Americans who are benefiting from Medicaid expansion.

But it's important to remember that the Affordable Care Act affects nearly everyone, not just those in the individual market or on Medicaid. All the protections for those with pre-existing conditions remain in place, as do the provisions that provide folks with free birth control, mammograms and cholesterol tests. Americans, including those on Medicare, will still be able to get a free preventive care. And children under age 26 will be able to stay on their parents' plan.

Cillizza: What, if anything, can House Democrats do to counter this ruling when they take over the majority in 2019?

Luhby: The Democrats have already promised to pass legislation to cement the law's protections for those with pre-existing conditions. Massachusetts Rep. Richard Neal, who will chair the Ways and Means Committee, has said this will be among his top priorities come January. They may also float bills to protect other popular parts of the law.

But much of the Democrats' focus in the past year is to go beyond the Affordable Care Act. In both the House and Senate, they have been focusing their energy on promoting more government involvement in health insurance. Progressive House lawmakers, including Reps. Pramila Jayapal (Washington), Mark Pocan (Wisconsin) and Ro Khanna (California), are leading a growing "Medicare for All" caucus, a counterpart to the Medicare for All push in the Senate, led by Vermont's Bernie Sanders, an independent.

Then, there's a group who want to go halfway, allowing some Americans to buy into Medicare. There are a handful of these plans floating in the Senate and from think tanks. In the House, Nancy Pelosi, who is expected to reclaim the speakership in January, has promised to support New York Rep. Brian Higgins' plan to allow those 50 and older to buy into the popular program for senior citizens.

Of course, the Democrats can't actually save Obamacare without support from Senate Republicans -- who have backed the lawsuit even as some said they support a number of the protections it attacked -- and President Donald Trump, who hailed the ruling as an opportunity to start over on health care.

However, the popularity of certain provisions -- particularly those that ban insurers from denying coverage or basing premiums on people's health histories -- will put pressure on Republicans to keep their campaign promises to defend at least parts of the law.

Cillizza: Let's say the ACA is ended. What sort of legislation do Republicans have waiting in the wings to fill that health care vacuum?

The Republicans largely moved on from Obamacare after their spectacular failure to slay it last year. They simply couldn't muster enough agreement -- and votes -- to repeal and replace it.

North Carolina Sen. Thom Tillis, along with nine other Republican senators, floated legislation this summer billed as guaranteeing "Americans have equal health care coverage, regardless of their health status or pre-existing conditions." It would prohibit insurers in the individual market from basing premiums on health, but it would allow them to exclude coverage of treatments for those pre-existing conditions. The bill was quickly panned by Democrats and health care experts alike.

Even Republicans and Democrats who've tried to work together to strengthen Obamacare have failed. There was a bid last year by Sens. Lamar Alexander, Republican of Tennessee, and Patty Murray, Democrat of Washington, that would have funded Obamacare's cost-sharing subsidies and allotted more money for outreach and enrollment assistance for two years, while providing more flexibility to states to adapt the law's regulations to their needs. It was co-sponsored by 12 Republican and 12 Democratic senators, but ultimately collapsed amid bipartisan bickering and a dispute about abortion restrictions.

Cillizza: Now, the alternative. ACA is eventually upheld. What can Trump do -- and what has he been doing -- to undermine the law?

Luhby: The Trump administration has been very busy trying to weaken the law -- at least the individual market provisions, which most people associate with Obamacare -- from within.

The Centers for Medicare & Medicaid Services has been starving the open enrollment period of resources. The agency not only slashed the sign-up season in half for the 39 states that use the federal exchange, healthcare.gov, but it cut the budget for advertising by 90% and for enrollment assistance by 80%. Also, it has opened up alternatives to Obamacare, particularly short-term health plans, which don't have to adhere to all of the law's protections, and made it easier for consumers to connect with agents who sell these policies.

CMS Administrator Seema Verma has even bigger plans for the future. Her agency has given states sweeping new powers to alter the Affordable Care Act -- allowing them to redirect the federal premium subsidies considered crucial to keeping the individual insurance market working well, for instance. These expanded waivers are expected to deepen the divide in health care coverage among the states, with red states seeking to weaken Obamacare's grip and blue states trying to bolster their Obamacare markets.

Luhby: "In the spotlight, since the health care will likely be a key focus of the 2020 presidential election."

US District Court Judge Reed O'Connor's ruling will likely be appealed up to the Supreme Court, where it could be overturned. But that's not certain.

If the decision is upheld, Republicans will be on the hot seat to find a way to save the health insurance coverage of millions of Americans, not to mention figure out how to handle all the other provisions that the Affordable Care Act embedded into the nation's health care system.

If the Affordable Care Act remains the law of the land, Democrats will have the upper hand as the protectors of those with pre-existing conditions. Some 58% of respondents said they trust the party more to continue the Affordable Care Act's provisions, compared to 26% who chose Republicans, according to a Kaiser Family Foundation election tracking poll released in mid-October. Among independents, some 60% said Democrats would do a better job maintaining the protections, while 19% picked Republicans.

And if the Supreme Court has yet to render a decision, everyone will be waiting to learn the law's fate.