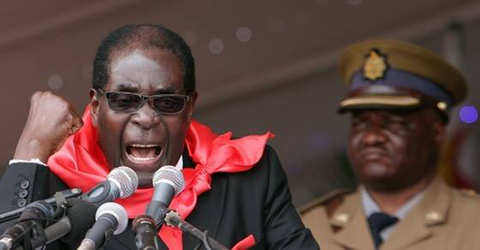 The World Health Organization (WHO) has reversed a decision to name Zimbabwe leader Robert Mugabe a ‘Goodwill Ambassador’.

Mugabe has been the President of Zimbabwe since 1987 and has presided over a regime that has been accused of corruption and human rights abuse.

He is also an adamantly anti-LGBT+ and defends Zimbabwe's anti-LGBT+ laws.

To read more about Zimbabwe:
Arrest and Harassment of Gay, Lesbian and Transgendered Activists in Zimbabwe

The leader has previously expressed support for gay people being put to death. His homophobic actions have been blamed for a worsening HIV crisis in the country.

The WHO earlier this weekend named Mugabe as a Goodwill Ambassador following a proposal from director general Dr Tedros Adhanom Ghebreyesus. Dr Ghebreyesus praised Zimbabwe for its commitments to public health.

The director general said the WHO had “concluded that this decision is in the best interests of the World Health Organization”.