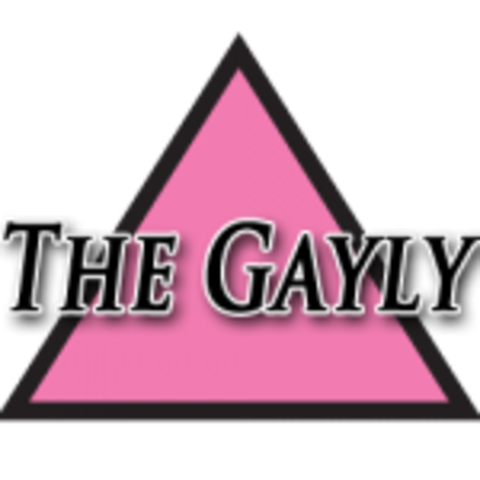 From The Gayly editorial staff:

Several people have contacted us about an event in Moore, OK. today. Where The Gayly is fully aware of a hate protest (and counter) which took place, we choose to not give any publicity to a group stating, “God hates Moore, OK." The group has a long history of hate provoking signs such as this.

The group was responding to a sign in front of Moore Liquor placed last month when the founder of a Kansas hate group died. The sign read, "Fred Phelps 1929-2014, Champagne 10% off! Not a coincidence."

We recognize Bryan Kerr, the owner of Moore Liquor, and applaud his marketing ideas for the many creative frontage signs he has placed, including the recent Phelps sign, signs about Vladimir Putin (hysterical) and many more. In fact, the marquee has its own Facebook page:
https://www.facebook.com/MooreLiquorMarquee.

Kerr wrote in a recent statement to The Huffington Post, "I was a little reticent about putting up the sign in the first place because I have two good parents who raised me not to speak ill of the dead, but I couldn’t help feeling that the world was a better place without Fred Phelps," he wrote. "He did so much to spread his special brand of hatred while bastardizing Christian principles that I thought it might be appropriate to recognize his lack of corporeal existence with some celebration. As a Christian myself, I truly hope that Fred found some peace with God and maybe even had a change of heart before passing."