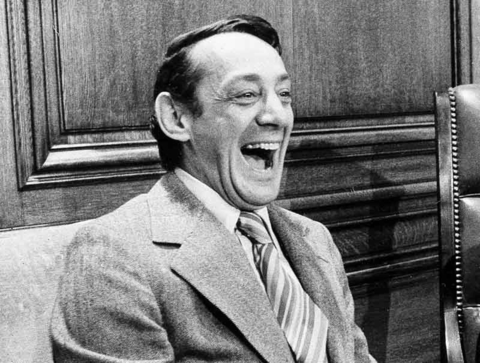 Gay icon, prototypical LGBTQ activist, public official and human being, Harvey Milk, often started his speeches by saying, “My name is Harvey Milk and I’m here to recruit you.”

Most people who have heard of Harvey Milk, know he was one of the first openly LGBTQ public officials elected in the United States. And we know he was assassinated in 1978.

Milk’s accomplishments are not limited to his time in office. It is his perseverance, his commitment to LGBTQ rights, his vision of the future and his call for us to give hope to those who follow us that are his legacy.

He casts a long shadow through the decades since his death. And his words still have meaning for LGBTQ people everywhere. We observe Harvey Milk Day every year in our community on May 22, his birthday.

Milk’s perseverance should serve as an example to us all. He was elected on his third try at political office. He looked at the election process in San Francisco, and decided that to elect a gay Supervisor, the at-large election system in the city needed to be changed. So he advocated for, and succeeded in getting, the system changed to elect supervisors by district.

He worked with Mayor George Moscone to get a gay rights ordinance passed in 1977. He never gave up. He made sure that his message would continue, even if he was assassinated, by recording several tapes to be released only if the awful event occurred. 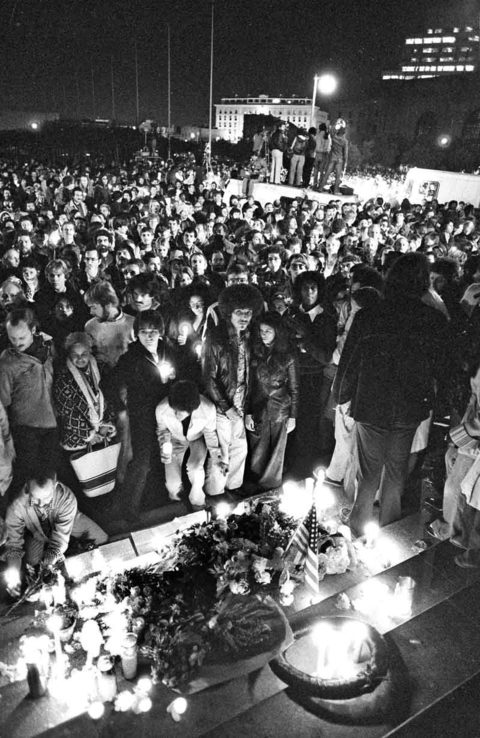 So in addition to his example of straight out stick-to-it-iveness we have many speeches he gave during his fight for LGBTQ rights, and the messages he left us when he was murdered.

One of his most often quoted speeches is one he gave when he was a candidate for Supervisor. It’s called his “You’ve Got To Have Hope” speech. It was delivered in June 1977, after Anita Bryant’s campaign to overturn an LGBTQ rights ordinance in Miami-Dade County, Florida. Demonstrations against the action were held nationwide.

Milk says, “They were strong and even they needed hope… and those young gays in Des Moines  who are ‘coming out’ and hear the Anita Bryant story – to them the only thing that they have to look forward to is hope…and YOU  have to give them hope.  Hope for a better world. Hope for a better tomorrow.”

He was a big advocate of coming out, saying it was the way to win LGBTQ rights. In a speech in June 1978, he said, “Gay brothers and sisters...you must come out. Come out...to your parents. Come out to your relatives...come out to your friends.

“Come out to your neighbors, to your fellow workers, to the people who work where you eat and shop. But once and for all, break down the myths, destroy the lies and distortions. For your sake. For their sake. For the sake of the youngsters who are becoming scared by the votes from Dade to Eugene.”

And millions of us have done just that in the intervening decades, changing public opinion in the process.

In the tapes he recorded in anticipation of his death, he returned to his message of hope: “I ask for the movement to continue, for the movement to grow, because last week I got a phone call from Altoona, Pennsylvania, and my election gave somebody else, one more person, hope.

“And after all, that's what this is all about. It's not about personal gain, not about ego, not about power - it's about giving those young people out there in the Altoona, Pennsylvanias, hope. You gotta give them hope.”

Harvey Milk’s message of hope, and his call for equal rights, is as valid today as it was in the 1970s. Pause on May 22 to give some thought to how you can help move the fight for LGBTQ rights forward.