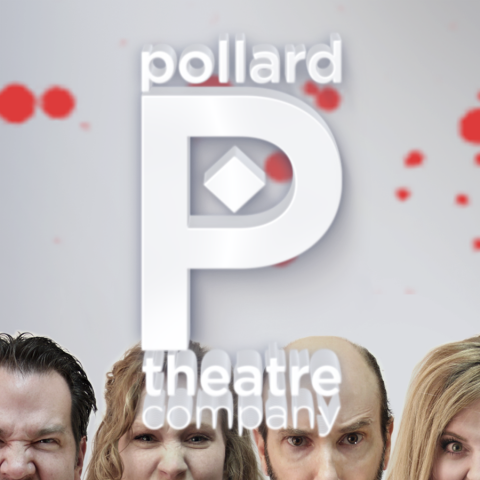 Guthrie, OK - The Pollard Theatre Company is thrilled to present the fourth show of their 29th Season, the 2009 Tony Award-winning, side-splitting comedy, God Of Carnage, written by Yasmina Reza and translated by Christopher Hampton.

God Of Carnage is a comedy of manners, where the masks come off and the darkside of parenting is revealed. It will play at The Pollard Theater, February 5th - 27th, 2016.

Fast, furious and immensely funny, God Of Carnage is a 90-minute, quick-witted, piercingly uproarious play that takes you into the most dangerous territory on earth: parenthood. Set in present-day New York City God Of Carnage is the story of two married couples who meet for the first time shortly after their sons have a nasty schoolyard tangle.

But any attempt at having a civilized discussion about whose child is responsible for the fight - and how the parents may have influenced such destructive behavior - quickly devolves into finger-pointing, name-calling, stomping around and throwing things. And that's before they break out the rum!

God Of Carnage will feature, James A. Hughes (Alan), Renee Krapff (Veronica), Susan Riley (Annette), and Timothy Stewart (Michael). Making her Pollard Theatre directorial debut, Linda McDonald states; "God Of Carnage is a script that shows us our human warts in such a way that we barely notice the blow to our egos, because we are laughing so hard.

Like a fine surgeon, the playwright cuts away at the careful masks we present society and exposes the primal animal beneath the surface, brutally self-serving, defensive and combative--always leaving a trail of comic carnage in our wake."

God Of Carnage runs February 5th through 27th at the Pollard Theatre. Tickets are $25.00 with senior, military, and student discounts available. Performances are Fridays and  Saturdays at  8:00 pm, Thursdays Feb 18th, and 25th at 8:00 pm and Sundays Feb 14th and 21st at 2:00 pm. Tickets are available online at  www.thepollard.org, by phone, 405-282-2800 or at the Pollard Box Office at 120 W. Harrison Ave., Guthrie, Oklahoma. The Pollard Theatre Company is produced with additional support from the Oklahoma Arts Council, National Endowment for the Arts, the Kirkpatrick Foundation and the Inasmuch Foundation.