“Spider-Man: Far From Home” is more than just an "Endgame" sequel 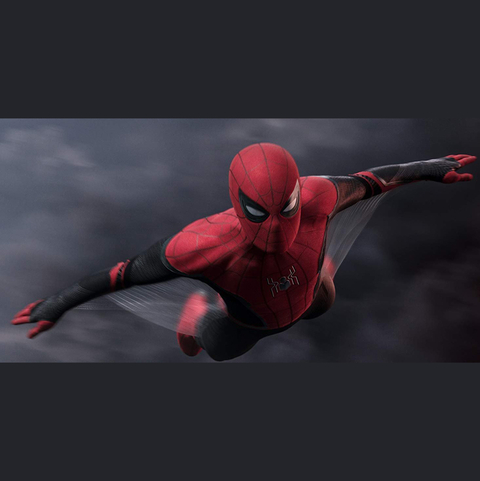 This weekend, Spider-Man: Far From Home swung to a huge opening – in its first week, the film has amassed a bountiful $185 million in North America and nearly $600 million worldwide, according to CNN.

Their success was great news for not only the Avengers franchise but also Disney as a whole. After they thankfully pumped the breaks on the new Star Wars series, the company needed a little pick-me-up

In Spider-Man: Far From Home Peter Parker (­­­Tom Holland) finds himself recruited by Nick Fury while on a school trip to Europe. The age of the character shows through as he struggles with a crush on MJ (Zendaya), while his friend Ned (Jacob Batalon) becomes romantically involved with a classmate on the plane to Venice.

Soon after arriving in Venice, he is approached by Fury and given computerized glasses named E.D.I.T.H. meant for Stark’s successor. Though Stark died in Avengers: Endgame he still finds a way into the narrative of the next film in the franchise, a treat for Iron-Man lovers in the audience.

In this film, a new hero, Mysterio, is introduced to save the city when Elementals attack: gigantic, monstrous creatures appearing to be formed of sand, ice, water, and fire, respectively.

As the film progresses, we learn more about his past; he is from a destroyed Earth in a parallel universe, Earth-833. He soon befriends Peter, who looks for a friend in the Avengers team as Nick Fury puts more pressure on him. Then, events unfold rapidly.

Jake Gyllenhaal brings edge and the impression of a difficult past to Mysterio’s character while remaining soft enough to be familiar, friendly and trustworthy. Mysterio’s character shares some commonalities with Tony Stark – something that is almost definitely intentional. In the wake of Stark’s death, Mysterio begins to take on almost a supportive uncle role for Peter.

Tying the narrative of Spider-Man to the Avengers is positive in some respects – character relationships are deeper and more complex than can be created in one film, adding a touch of reality to a genre based in superpowers and fantasy.

In other ways, however, making a place for the huge, interlocking Avengers universe in this movie adds complexity in a way that distracts from the actual story – and may create some plot holes.

Altogether, Spider-Man: Far From Home is an excellent film for fans of the Avengers, and still a pretty good one for fans of Spider-Man alone. The romance is stilted, cute and genuine in a true-to-life teen way while not getting in the way of the plot, which is always a plus.

Spider-Man: Far From Home is a stellar film for anyone who loves a classic Spider-Man film with a twist.

Keep an eye out for future Marvel films with the Fantastic Four and the X-Men, as Disney/Marvel have just acquired 20th Century Fox, gaining the rights to these Marvel properties. We’ll see, but more may just be coming to the new Marvel universe!