For 156 days, this president has been suggesting the coronavirus is under control 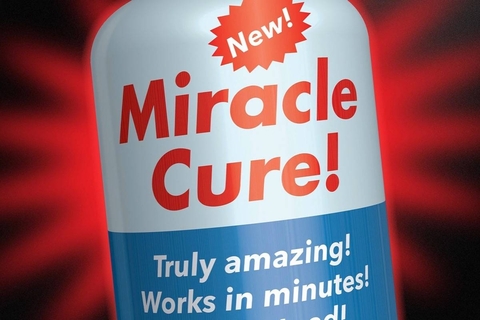 There are no miracle cures or vaccines available to treat COVID.

On January 22, President Donald Trump did an interview with CNBC from Davos, Switzerland, where he was asked, for the first time, about the coronavirus in America.

"We have it totally under control," Trump said. "It's one person coming in from China, and we have it under control. It's going to be just fine."

That was 156 days ago. In the interim, 2.4 million Americans have tested positive for coronavirus and more than 121,000 have died. And just Wednesday, the three most populous states in the country -- California, Florida and Texas -- reported record numbers of daily coronavirus cases.

"The big metro areas seem to be rising very quickly and some of the models are on the verge of being apocalyptic," Dr. Peter Hotez, dean of the National School of Tropical Medicine at the Baylor College of Medicine, told Anderson Cooper.

Never has the gap between Trump's fanciful rhetoric been wider nor more dangerous. While Trump has always lived in an alternate reality in which he is winning, winning always winning, the stakes have typically been lower. Now, with coronavirus surging, Trump's desire to see a world that facts make clear doesn't exist is endangering lives in a very real way.

And as the coronavirus numbers continue to pile up, Trump's insistence that it's all over (or will be over soon) seems more and more discordant. And, unfortunately, more frequent.

"It's going away," Trump said of the coronavirus during a speech to a conservative student group in Arizona on Wednesday. (On Tuesday, Arizona reported more than 3,600 cases of Covid-19, the highest single-day total since the start of the pandemic.)

A week ago, in an interview with Fox News' Sean Hannity, Trump said this of the virus: "I don't even like to talk about that, because it's fading away. It's going to fade away."

On June 16, Trump was asked about progress on a vaccine and said, "I always say, even without it, it goes away."

And let's not forget that in February, Trump predicted this: "The virus that we're talking about having to do, a lot of people think that goes away in April, with the heat, as the heat comes in, typically that will go away in April."

Well, it's late June. And the virus has not gone away. And one respected model is projecting more than 179,000 total deaths by October 1 from the virus.

What's truly scary is that, as the data has become more and more clear that the South and Southwest are in the midst of a coronavirus surge of late, Trump has not only failed to acknowledge that reality but also ramped up his dangerous rhetoric about how the virus is already behind us. (And that's not even getting into his clear and oft-stated skepticism about the need to wear a mask.)