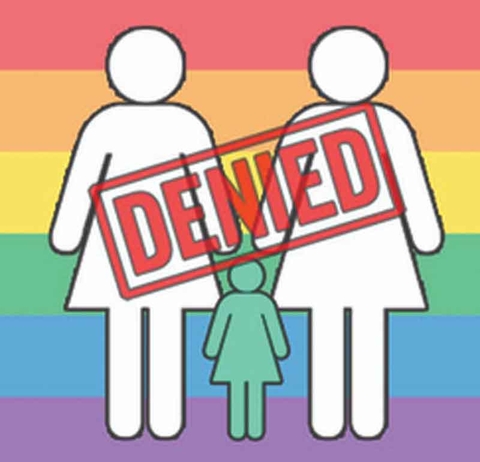 Washington — More than 200 national, state, and local civil rights, religious, and child welfare organizations joined the American Civil Liberties Union in a letter to members of Congress today opposing legislation that would authorize discrimination in the child welfare system.

The Aderholt amendment to the House Labor-HHS-Education Appropriations Bill for FY 2019 would allow child welfare agencies receiving taxpayer funds to choose which families and children to serve, privileging the beliefs of providers over the best interests of children who are in state care.

The House amendment allows agencies to refuse service to same-sex couple, LGBT+ individuals, non-Christian persons and families and others, based on the religious affiliation or beliefs of those agencies.

There have been several attempts in state legislatures to pass bills with similar exemptions. This year, both Kansas and Oklahoma were states where the controversy raged. In Oklahoma, attempts were made to allow the agencies to discriminate as long as they did not receive public funds. The action to make that change was defeated and the bill allowing discrimination was passed into law and signed by Gov. Mary Falllin.

A similar bill in the Kansas legislature was passed into law.

If adopted, the Aderholt amendment would exacerbate an already dire crisis in the nation’s child welfare system. The United States has nearly 440,000 children in foster care, more than 117,000 of whom are waiting to be adopted. Each year, less than half of those are adopted into permanent placements, and tens of thousands age out of the foster care system before they can find an adoptive family.

Not only would the Aderholt amendment severely decrease the already limited pool of eligible families, but it also would put the 46 states and the District of Columbia who enforce non-discrimination laws in jeopardy of losing 15 percent of their federal funding for child welfare services — amounting to a loss of more than $1 billion for the system. Federal judges have already indicated these provisions would likely be found unconstitutional, should they be challenged in court.

“It is despicable that elected officials would place ideology over family,” said Ian Thompson, senior legislative representative at the ACLU. “Every child deserves the opportunity to grow up in a supportive, loving home. The Aderholt amendment would harm some of the most vulnerable children in our country —those who are in state care do to abuse and neglect at home.

“As this powerful coalition letter makes clear, it is unacceptable to place the beliefs of providers over the best interests of children. Discrimination has no place in our child welfare system, and we join our partners to demand that this amendment be removed from the HHS funding bill.”