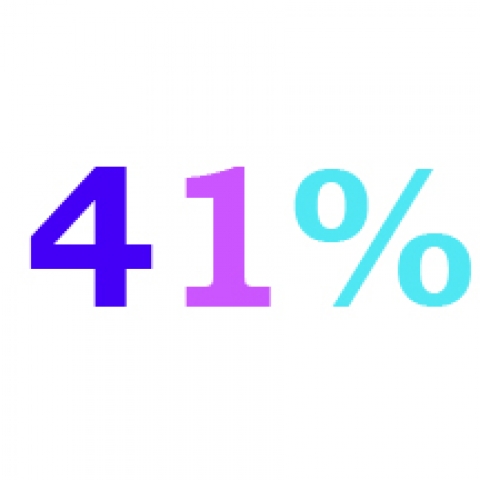 41 percent of all transgender people attempt suicide at some point. File photo.

I think numbers tend to cause eyes to glaze over and minds to go blank. So being flippant about a bunch of sad statistics really doesn’t seem like something worth writing about. Then it hit me the other night, and it did have something to do with a statistic: 41 percent of all transgender people attempt suicide at some point. Why did that statistic stand out? I was hitting on another trans person, who said she hadn’t had sex since her surgery three years ago.

I immediately stopped hitting on her, because I couldn’t be part of the largest cause behind that 41 percent for her: loneliness.

I’ve been there…hell I am there, so many other trans people have been there, and it’s something you can’t stick a number on and make it a frightening statistic to shake your head at. Trans people suffer far too often from loneliness, and it is such a crushing terrible thing that often many cannot see beyond that pain because it seems so often there is nothing beyond it unless you get to be one of the lucky few.

Just like the rest of the LGBTQ community, when we come out we often lose family, but we don’t have a vast wide open new community to find our new family in. Dating and companionship for a trans person often seems to be the exception, not the rule.

I have my OKCupid, my Tinder, hell even Grindr, as well as a few trans dating sites, and all it’s resulted in - in almost ten years of being out - are two disastrous relationships. Yes, I’ve had a few physical flings, but they were shallow and unfulfilling. There is a world of difference between being touched and held in that “you can’t stay when we’re done,” manner and that touch that you don’t want to ever stop. That embrace that you never want to end. And honestly, the latter seems so despairingly rare.

Trans people have to deal with telling people in those online ads, “Looking for someone who will take me out,” or “I’m not a secret.” Getting someone interested in you and willing to be open and honest about it seems to be as unobtainable as the Lost Cities of Gold.

Why? Because most of the time, the people who just want to have sex with you on the down low don’t even have the courage to have you come over to their place because god forbid someone think that they’re sleeping with a trans person. We can’t even have casual hook ups without being treated like a dirty secret and not being seen as something beyond a hook up, much less someone with feelings.

That’s why that 41 percent statistic is just so damn sad to me. Because who knows how many in that number tried because they just wanted to be seen as a person, as someone to love, someone who wants to be held and cared for.

It’s painful to have people who are hitting on you recoil in horror when they find out you’re trans. 'Cause the idea your friends might laugh at you for being with us, or people at the store will whisper, or your entire identity is based on being attracted to a person who up until a second ago you assumed had the sex organs you were after.

You get to the point where there seems to be no point in dressing nice, going out, hitting the clubs or bars, because your phone is not going to end the night with a new number in it. All you want is a regular set of arms to fall asleep in with a smile on your face.

That to me is what I think is the one thing that never seems to get touched on during all these Awareness Months, or Days of Awareness, these think pieces, and shoutty articles talking about how trans people get treated is such a shame. What’s the point of all these pieces about how we deserve all these equal rights when people don’t even see us as someone worthy of being loved?

That’s why I stopped hitting on her and started to just have a pleasant and friendly conversation with her. I couldn’t do that to her. I couldn’t be the person that takes advantage of their loneliness and desire to feel loved. I have that same desire myself and often feel so terribly alone.

That’s what I want you to be aware of this month and every month when you think about our 41 percent. 41 percent of us feel so defeated and worn down that we try to end it all because life doesn’t seem worth it. God knows how much that number could be cut down if people just took a little bit of a chance and had a little courage to see us as a person who just wants to fall asleep in someone’s arms and have the stay the next day…and the next, and the next, and maybe even forever.

Amanda Kerri is a Mississippi born and OKC based transgender stand-up comedian and writer. She lives alone, so terribly alone, with her two dogs and cat named after sci-fi characters. Buy her a drink if you see her out. She's probably broke.